MOSCOW, December 17. The crisis has made adjustments to the government’s attempts to popularize non-cash payments. Citizens have more confidence in cash: if you’ve had a quarter, it is now more than a third, and a number of categories of the population and had refused the use of the cards.

About it reports “Kommersant” with reference to the materials of the National Agency for financial studies. 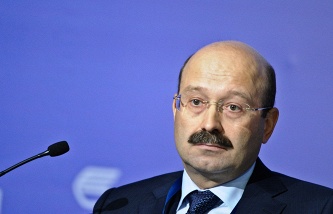 Media: VTB 24 expects zero growth in the Russian economy in 2016

“In General, cashless payment for purchases became more frequent, – the authors of the study. For two years (2013-2015) the share of those who daily pays by card, has increased from 4% to 15%. However, growth of volume of cashless payments is not led. The total volume has fallen in invertoare 2015 compared to the same period in 2014 at 11% (110,9 billion)”.

The increase in the volume of cashless payments was observed only in the segment of e-Commerce. “Rose and the number of transactions by 35%, indicating the growing popularity of using cards in online shops”, explains head of unit “Sales and marketing” UCS Vladimir Kononov. But the average bill will result in a drop in both offline and online.

“This is a result of the reduction in real incomes, and failure by citizens from major purchases and the growing interest in cashless payment of small,” he says. In the savings Bank said that they see lower average ticket by card. “Previously, if citizens preferred to purchased a week, now, say, for five days,” – said the Director of the office of Bank cards and cash settlement services of Sberbank Rostislav Yanykin. In VTB 24 have noted a trend to reduction of non-cash turnover in the networks hypermarkets. “The card holders are moved from large stores in point format stores, apparently, in order to save,” says Vice-President VTB 24 Alexey Kirichek. 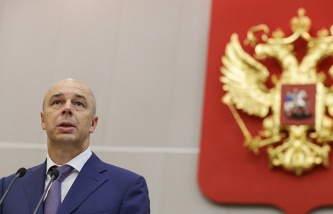 The situation is exacerbated by the complete failure of a number of categories of card holders from using them. This is evidenced by the fact that citizens, never making purchases and payments by non-cash, was 2.3 times higher than two years ago – their share increased from 15% to 35%. The redistribution occurred at the expense of those who had rarely used the cards – less than once a week and once a month, and now completely stopped.

The main reasons for the preference by citizens of cash, according to the survey, a few – mostly habit (57%) and higher confidence in cash (32%). The share of the last argument in the last two years has increased from 25% in 2013. “The reasons can be a lot of factors: the loss of income, and the desire of the business segment to save on the costs associated with non-cash transactions,- says the head of the research Department of the banking sector NAFI Irina Lobanova.- In particular, SMEs in the crisis, obviously, has become more to pay employees a salary and bonuses in envelopes”.