ANKARA, 17 December. Turkey will not stop attempts to get a discount on the Russian natural gas production and hopes to receive a discount on gas from Iran. This was stated by Minister of energy and natural resources of the Republic of Turkey Berat Albayrak, according to Bloomberg. 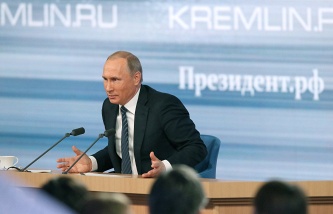 Putin: “Turkish stream” will be implemented if Turkey will seek assurances Brussels

“Any negative statements from Russia, which is our most important supplier of gas, is not reported. There are certain situations related to our agreements with Russia. And we do not intend to withdraw from the agreement on gas discount”, – he told on air of TV channel “Haber”.

The Minister noted that Turkey does not foresee any crisis in gas supplies, particularly in winter.

“There will be no crisis, but we have certain (developed) measures and alternatives. We work on gas strategies with any countries. We deal with different markets, with the emergence of problems. We continue negotiations with Azerbaijan and Iran. Iran we hope to get a discount on gas,” said Albayrak.

October 26 oil and gas company BOTAS turned to international arbitration to resolve the issues of providing discounts for Russian gas, which was purchased from December 29, 2014. The parties were to sign the relevant agreements, as is already agreed on the provision of discounts, but these documents were not signed. An appeal to the court provided by the terms of agreements between companies BOTAS and “Gazprom”.

Later in the Ministry of energy and natural resources of Turkey reported that the issue of lowering the price of Russian gas can be resolved without a trial, if Russia will provide a discount of 10.25%, which was the agreement.
The crisis in relations between Moscow and Ankara appeared after the Turkish air force on November 24 shot down in the skies over Syria, Russian bomber su-24M. According to Ankara, the aircraft violated the airspace of Turkey near the border with Syria. The defense Ministry said the su-24M was extremely over Syrian territory and that “violations of the airspace of Turkey.”

Russian President Vladimir Putin warned that the attack on the bomber would have “serious consequences” for bilateral relations. On 28 November he signed a decree “On measures for safeguarding national security of the Russian Federation and the protection of citizens from criminal and other unlawful acts and on application of special economic measures against the Turkish Republic.”