BEIJING, December 17. Russia and China retain the plans to increase bilateral trade to $200 billion by 2020. This was announced during the 20th regular meeting of the heads of governments of Russia and China, Prime Minister Dmitry Medvedev. 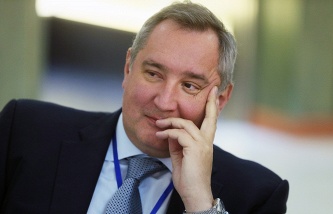 Rogozin: Russia satisfied with development of relations with China and bilateral contacts system

“We have ambitious goals we have set for ourselves and that we’re not shooting, is to increase the trade to $200 billion by 2020”, – he said.

The modes of cooperation

Medvedev considers it necessary to respond to current economic conditions, the weakness and volatility of the markets and to seek new modes of cooperation. “I fully support what has just been said by the Premier of the state Council Li Keqiang in part the need to respond to current economic conditions, weak markets, market volatility, the need to look for new modes, methods and areas of cooperation, responding including to a number of challenges facing our economy,” said the Prime Minister.

Medvedev called the effective mechanism of regular meetings of heads of governments of Russia and China, which has been operating for 20 years. “Every meeting concludes with the signing of the documents. Effective was our last meeting in Moscow, when it was signed by about 40 documents. Today we will complete our contacts by signing a large number of documents”, – said the head of the Russian government.