Dmitry Medvedev supported the statement made by Li Keqiang, who said that Russia and China should react to the current economic situation and work together to find new ways and areas of cooperation. 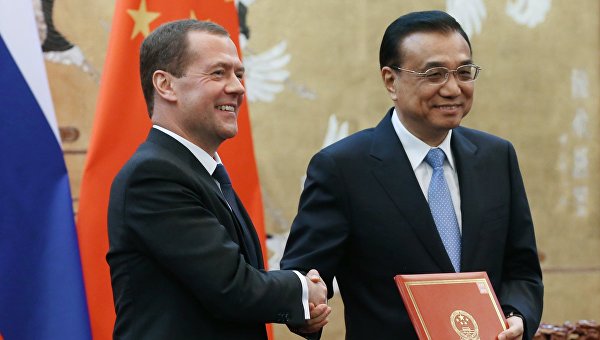 BEIJING, 17 Dec. Prime Minister Dmitry Medvedev supported the statement of the Chinese side about the need for a joint response to economic challenges and volatility in the foreign exchange markets.

“I fully support what has been said now Mr Li Keqiang (head of the PRC state Council — ed.) in part the need to respond to current economic conditions, weak markets, market volatility, the need to find new modes, new ways, areas of cooperation, including including on a number of challenges facing our country and our economy,” Medvedev said.

“Moreover, we have ambitious goals we set for ourselves and which we do not deduct — increase in turnover to 200 billion dollars by 2020”, — Medvedev said at the 20th meeting of heads of governments of Russia and China.