MOSCOW, December 17. The citizens must pay more for electricity than industrial enterprises, since the cost of energy delivery for the population above. Such opinion on air of radio station “Russian news service” stated Deputy Minister of energy of the Russian Federation Vyacheslav Kravchenko. 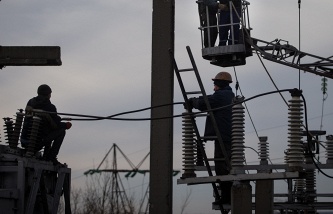 In Russia may introduce a monthly fee for electricity

“We have a problem of cross-subsidization, when industrial consumers pay for electricity is more than the population. The economy should be the opposite,” he said.

According to him, tariffs for the electric power industry needs to be less not only because the cost of delivery of energy for the population above, but also because it stimulates the development of enterprises.

Proposals Of The Ministry Of Energy

The innovations proposed by the Ministry of energy, suggest that the tariffs for population up to 150 kWh per month will be reduced by 2% for consumers with volumes from 150 to 600 kWh will increase by 10%, over 600 kWh – 50%. The Agency proposes to set a fixed payment in the amount of 20 rubles a month. It will be a fixed payment for the maintenance of electrical networks as part of their overall payment for the light.

As noted by the Deputy Minister of energy of the Russian Federation Vyacheslav Kravchenko, the network company can obtain monthly 240 million rubles of additional income in the case of the introduction of fees for electricity.

“Yeah, we really looked as network can get the company extra money. With 12 million points of interconnection, multiplied by 20, respectively, is obtained 240 million roubles a month” – said the Deputy Minister, adding that it will definitely be counted as revenue.