MOSCOW, December 17. The President of Russia Vladimir Putin believes the forecast oil prices at $50 a barrel for 2016 is overly optimistic. “We estimate next year’s budget based on this figure, he said at a press conference. – This is a very optimistic assessment – $ 50 per barrel”.

As previously noted the Minister of economic development Alexei Ulyukayev, the oil price may start growing by the end of the second quarter of 2016.

“I believe that low oil prices, say $40 or below, continues for a long time… I Think that the oil price will start growing, I believe that the fracture trends will happen by the end of the second quarter of 2016”, – he said.

The Minister stressed that the consensus-forecast of analysts on an average annual oil price in 2016 – $57 per barrel.

The Bank Of Russia Forecast

However, the CBR expects the beginning of a gradual recovery in the prices of Urals oil in the first quarter of 2016, before the end of 2015 to remain near the current level, according to the report of the Bank of Russia on monetary policy of the regulator.

However, the downward pressure on oil prices will continue to support the strengthening of the US dollar and competition within OPEC. After the lifting of sanctions in the first half of 2016 the supply of crude oil from Iran may increase by the end of next year compared with the current level of 0.5 – 1.0 million barrels per day, which will exacerbate the problem of oversupply. Other countries – members of OPEC will probably maintain production at a high level, seeking to preserve and increase market share, according to the Central Bank. 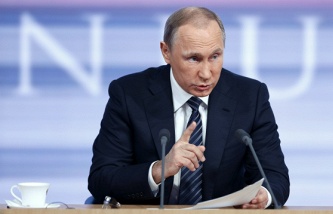