MOSCOW, December 17. The President of Russia Vladimir Putin did not support the proposal to remove the Governor of the Pskov area Andrey Turchak at the time of the investigation of the attack on the journalist Oleg Kashin.

“I am confident that the decisions and administrative, and human nature, and especially legal, should be made solely on reliable facts found during the investigation and trial, and not on the publications of the press, regardless of how much respect we did not”, – he said at a press conference.

The President said that even in the media about the case of Kashin it is not about Andrei Turchak, and that “supposedly his father intervened”. “I don’t even really know,” admitted Putin. 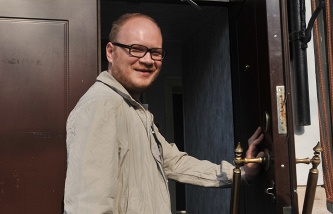 He linked it to his professional activities. A few months before the incident between Kashin and head of the Pskov region Turchak was a conflict in the Internet. The journalist put to the Governor an insult and refused to apologise.

In September 2015, Kashin reported that three suspects in the brutal attack on him was working security company “Mechanical plant”, which is a holding company “Leninets”.

The holding, according to Kashin, belongs to the family of the Governor Turchak.