From may 2015, has ceased to decrease the volume of industrial production in Russia, stressed the President of Russia Vladimir Putin. 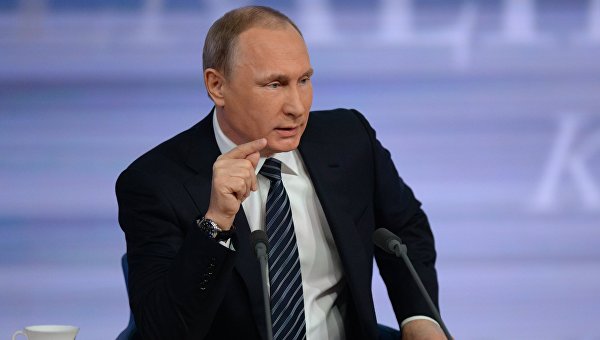 MOSCOW, 17 Dec. The development of agriculture in Russia shows positive dynamics, growth will be not less than 3%, the grain harvest for the second year exceeds 100 million tons, said the President of the Russian Federation Vladimir Putin.

“Positive dynamics is demonstrated by agriculture, growth there will be at least 3%. This suggests that we are correctly and timely all do to support agriculture. The grain harvest is our second year in a row higher than 100 million tonnes to 103.4. This is a very good indicator. And again take the opportunity to thank the farmers for their work”, — Putin said during a press conference on Thursday.

He also noted that since may this year ceased to shrink the volume of industrial production.