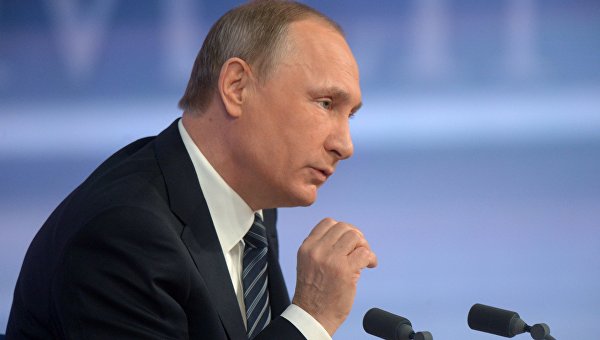 MOSCOW, 17 Dec. The President of Russia Vladimir Putin during the annual press conference on Thursday said not sure whether to stop the transit of Russian gas to Europe through Ukraine.

Transit rate through territory of Ukraine at present is 2.7 dollars per thousand cubic meters per 100 kilometers, the Ukrainian side wants to raise it to $ 5. The Russian government and Gazprom management earlier repeatedly declared that will not renew the agreement on gas transit to Europe after 2019 to unfavorable RF conditions.

“Regarding the transit through Ukraine. Yes, at the corporate level, I have heard, during the discussions, someone said that we will stop the transit. I’m not sure what to do to stop the Ukrainian transit,” Putin said.