The Finnish firm, which works with Russia, have invested billions of euros in the Russian economy, said the President of the country. 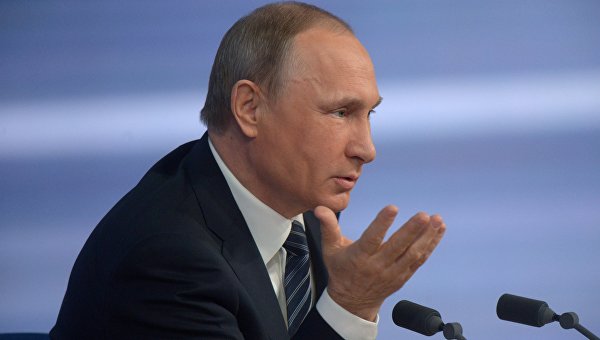 MOSCOW, 17 Dec. Investments of Russian funds in the construction with the participation of Russia NPP “Hanhikivi-1” in Finland is absolutely the right decision, it is — return the money, said Thursday the President of Russia Vladimir Putin at the annual big annual press conference.

“Money Rosatom to construct nuclear power plants in Finland provide a return on investment. Return, because Finland has a very stable economy, and despite all the machinations of those wishing to derail the project, Parliament (Finland), which for me was unexpected and amazing, took the hard decision — support,” Putin said.

He added that “partners of Rosatom – the company, which operates in Russia and has already invested billions of euros into our economy – it showed a willingness to work together and take risks”. “It’s absolutely return the money, invested appropriately,” said Putin.

International division of “Rosatom” company “RusAtom overseas” and Fennovoima in 2013 signed a contract for construction of NPP “Hanhikivi-1”. The Russian side in 2014 received 34% in the project. The station will be built with Russian VVER-1200 project NPP-2006 and is scheduled to begin electricity production in 2024.

The Parliament of Finland in December 2014 by a majority vote approved the project. Fennovoima in June this year applied for a license for the station.

In January 2015 the government has introduced the project of construction of NPP “Hanhikivi-1” in the list of infrastructure projects co-financed from the national welfare Fund (NWF). The maximum amount of NWF funds allocated for its implementation, is the equivalent of 2.4 billion euros in rubles, but not more than 150 billion rubles. Fund in March this year transferred the first tranche in the amount of 57.5 billion rubles in the project.