However, Ukraine is unilaterally withdrawing from the free trade zone of the CIS and joined with all the European rules, stated the President of Russia Vladimir Putin. 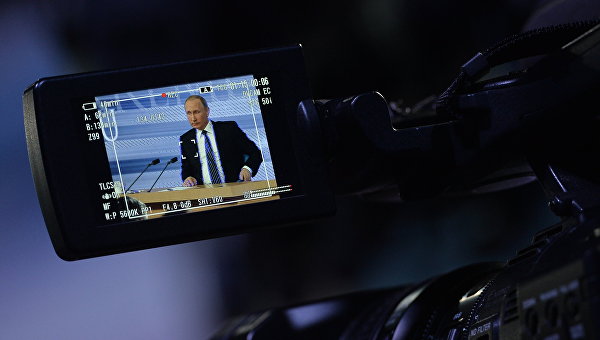 MOSCOW, 17 Dec. Moscow has sought to maintain economic relations with Ukraine, but Ukraine unilaterally withdrew from the regime established by the Treaty of free trade of the CIS, said at a press conference, Russian President Vladimir Putin on Thursday.

“We wanted to preserve our economic relations with Ukraine. Ukraine is a member of the free trade zone of the CIS, there is a mutual preferences, zero tariffs… Ukraine is unilaterally withdrawing from this mode and is connected to all the European rules,” Putin said.

Earlier Putin signed a decree suspending Russia from 1 January 2016 to the Treaty on the free trade zone of the CIS in Ukraine. First Deputy head of the Russian Ministry of economic development Alexei Likhachev said that this means the introduction of Ukraine duties on most favoured nation treatment.

Earlier, Russia also planned for Ukraine customs duties (to the extent corresponding to the most favoured nation treatment). However, according to Russian authorities, it was supposed to be done simultaneously with the launch of Ukraine and the EU for its free trade zone, to avoid the influx of duty-free goods from the EU through Ukrainian territory. Kyiv and Brussels are planning to implement the FTA from 1 January 2016. The next trilateral Ministerial meeting on this issue took place on 1 December, however, the parties were unable to agree.