MOSCOW, December 17. Russia is ready to restore relations with Georgia and with it the abolition of the visa regime, said the President of Russia Vladimir Putin. 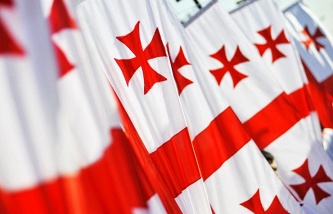 Abashidze: Georgia has no plans to join all the EU sanctions against Russia

“”We are ready to restore the relationship. Georgia’s territorial integrity – a matter primarily of the Georgian people. the South Ossetian and Abkhaz. Need to work with them. We will take any decision”, – said the President of Russia on the big press conference.

According to him, Russia “sees the signals from the current leadership of Georgia, and these signals are accepted”. “Please note, two-thirds of the wine and wine materials from Georgia’s export volume goes to the Russian market, and not somewhere there, in the far abroad. We also take these products,” – said Putin. According to him, between the countries increased the trade volume, he demonstrates a “sufficiently large growth rates”.
“With regard to the visa regime, Yes, we think we are ready to cancel it,” said the President of Russia.

“We are not the cause of the deterioration of the situation”

He noted that historical guilt for the collapse of Georgia lies entirely on the former adventurist leadership of this country, not Russia became the initiator of the degradation of Russian-Georgian relations. “We are not the cause of the deterioration of the situation. Didn’t have to take the former leadership of Georgia and then-President Saakashvili such adventurous decisions that led to the territorial disintegration of Georgia. It’s their fault. This historic wine, and it is on their shoulders entirely,” said the Russian leader.

Putin also called the appointment of Mikheil Saakashvili to the post of Governor of the Odessa region “spitting in the direction of the Ukrainian people”.