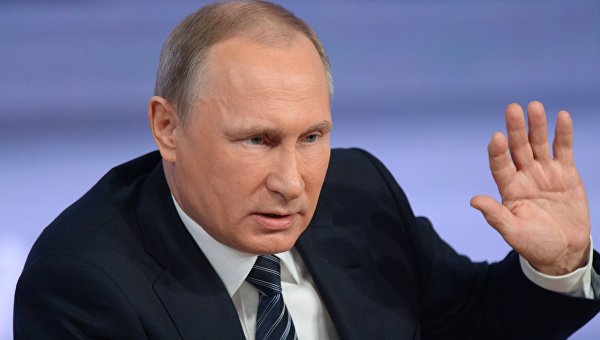 MOSCOW, 17 Dec. Russia needs a written guarantee of the European Commission, confirming the readiness of Brussels to implement the routes of pipelines to Europe, including via Turkey, said the President of the Russian Federation Vladimir Putin.

“It’s not like we broke off the negotiations (according to the “Turkish stream”), we need the European Commission written guarantees provided that all routes, including possible routes through Turkey to Europe, will be realized,” Putin said at the annual press conference on Thursday.

The project “Turkish stream” involves construction of a pipeline from Russia to Turkey under the Black sea. The project countries agreed a year ago — December 1, 2014 in Ankara, however, the intergovernmental agreement has not been signed.

Currently the relations between Russia and Turkey are in crisis after November 24, Turkish F-16 shot down in Syria, the Russian bomber su-24. Prime Minister Dmitry Medvedev earlier signed a government decree on economic measures against Turkey.

5 December President Recep Tayyip Erdogan said that negotiations with Russia on gas pipeline “Turkish stream” was suspended on the initiative of the Turkish side even before the crisis in relations with Russia.