The Russian leader noted that the leadership of Georgia in 2008 did not need to make such reckless decisions that led to the territorial disintegration of the country. “It’s their fault, that guilt is historic,” he said. 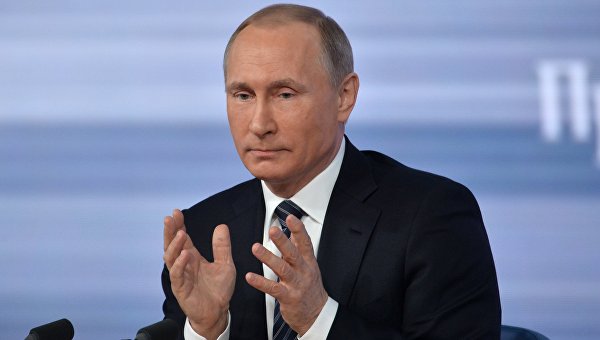 MOSCOW, 17 Dec. Russia is not a cause of aggravation of the situation in Georgia in 2008-m year, the blame for the collapse of the country and the subsequent degradation of the Russian-Georgian relations lies entirely on the shoulders of the then government, including Saakashvili, said the Russian President Vladimir Putin at the large annual press conference on Thursday.

“As for the events of 2008 year and the ensuing degradation of our relations (with Georgia — ed.), many times we talked about this, but I feel obliged to repeat again: we are not the cause of the deterioration of the situation. Didn’t have to take the former leadership of Georgia and then-President Saakashvili such adventurous decisions that led to the territorial disintegration of Georgia. It’s their fault, that guilt is historical, and it is on their shoulders entirely,” said Putin.