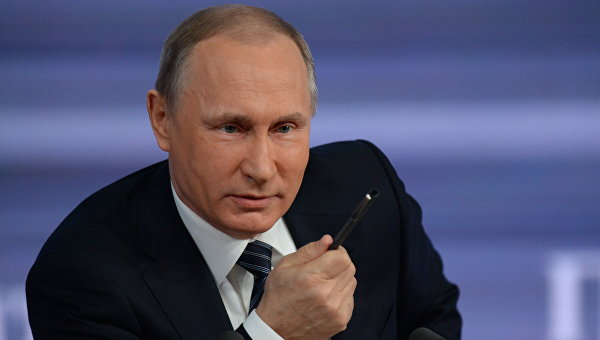 MOSCOW, 17 Dec. In General, the government of the Russian Federation is effective, but still insufficient high-quality solutions, stated the President of Russia Vladimir Putin at the large annual press conference on Thursday.

Most traditional annual press conference in Center of international trade, the President has held for the eleventh time. Press Secretary of the head of state, Dmitry Peskov was reported yesterday that an accredited 1392 man.

“As satisfied or dissatisfied with (the work of the Cabinet — ed.), in General, I believe that the work is satisfactory. Of course, we need to work better,” Putin said.

He added that the analysis shows anti-crisis plan: “35% — that more than one third — planned actions in the plan, unfortunately, has not yet been implemented”.

“This suggests that administrative efforts, organizational efforts in various directions in various ministries, departments, of course, made sufficient to promptly, timely and accurately respond to the challenges that we face. But overall, strategically, the government is making the right steps and act effectively”, — said the head of state.