Yamal is our pantry gas and oil, we have developed and will develop. Management of the project “Yamal LNG” is making great strides, everything is done on time and accurately, said at the press conference Putin. 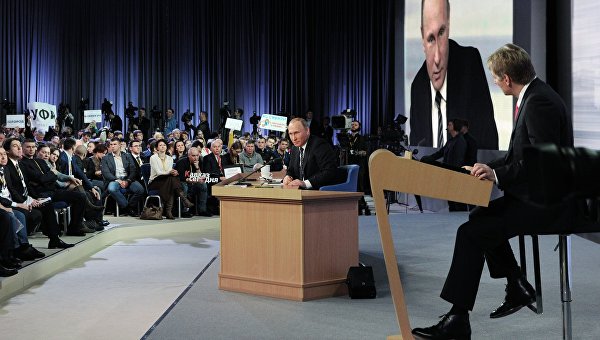 MOSCOW, 17 Dec. Management of the project “Yamal LNG” is making good progress, delivers on time and accurately, said the President of the Russian Federation Vladimir Putin, adding that surprised by this.

The project “Yamal LNG” involves the construction of a plant with a capacity of 16.5 million tons of liquefied natural gas per year on the resource base of Yuzhno-tambeyskoe Deposit. The total project cost and 26.9 billion. The first phase of the plant is expected to be launched in 2017.

The shareholders of “Yamal LNG” are currently NOVATEK with a share of 60%, China’s CNPC and France’s Total — 20%. At the beginning of September 2015 NOVATEK and the Chinese silk road Fund signed a framework agreement to acquire a Chinese investment Fund with a 9.9% stake in “Yamal LNG”.

“Yamal is our pantry, gas and oil storage, we have developed and will develop. Do you know about a large international project (Yamal LNG), which involves NOVATEK, Chinese partners, French partners, and we support this project. Incidentally, the reason that foreigners invested earlier than we, and, in fact, these investments, which made leading the way with our foreign partners, frankly, and led us to support this project,” said Putin at the annual press conference.

According to him, this powerful joint Russian-French-Chinese project is very important and necessary because it represents the project “with great production and with access to virtually all global markets”.

“I’m surprised that the management of this project is achieving such success, he demonstrates just surprised. Everything is done on time, efficiently”, — emphasized the head of state.

“This is very important if already built such a huge gate… then, of course, I would very much like to see this port, which is created so that it was universal, there were shipped not only the goods associated with the production of liquefied gas, but also the various other goods to flow from the TRANS-Siberian railway and the Baikal-Amur mainline was sent there, there is a very excellent location and good logistics”, — he added.