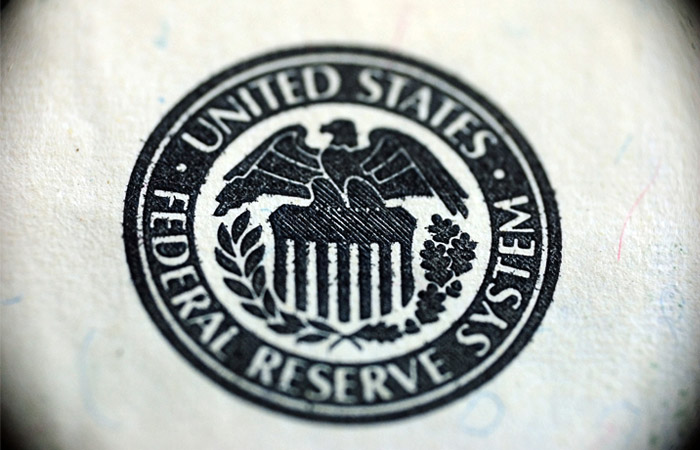 Moscow. December 17. The decision of the Federal reserve system (the fed) about the first increase in US interest rates since 2006, returns investors ‘ attention to the difficult situation in developing countries, particularly debt capital markets.

According to experts, the situation on the financial markets emerging markets deteriorating and the risks are clear, but the finding of a certainty at least from the point of view of monetary policy the fed can create new opportunities.

In 2015, investors have withdrawn from emerging markets more than $500 billion, the net capital outflow for the year will be the first in 27 years, writes the Financial Times.

Following the meeting, 15-16 December, the heads of the fed unanimously agreed to the increase in the interest rate on Federal loan funds (federal funds rate) by 25 basis points to a target range of 0.25-0.50% per annum. The decision has coincided with expectations of economists and market participants.

Prior to this rate remained at a historical low – in the range of zero to 0.25% for seven years, since December 2008.

Graph of projections of fed officials still suggests four rate hike in 2016 (a total of about 1 percentage point) and restrained pace of monetary tightening in 2017 or 2018.

“Emerging markets – along with a separate market sector, junk bonds in the U.S. – are one of the more vulnerable segments of the global financial market”, – said the head of investment strategy “VTB the Capital” Alexey Zabotkin.

But, as for global financial markets overall, they will determine the fate not yesterday’s decision as such, but the trajectory a further decision in 2016, said the expert.

In the case that it will be closer to what leaders now predict the fed than current market expectations, for a number of countries – Brazil, Turkey, South Africa, India – next year will be very difficult. But, ultimately, in 2016 for emerging markets is more important than the dynamics of the economy, said Zabotkin.

Ratings Agency Fitch meanwhile, paying attention to internal differences between the countries in the group of emerging markets, adding that, by itself, raise rates the fed will not entail changes in their sovereign ratings.

Most affected those who were actively occupied in dollars: Turkey, Russia, Brazil, writes The Wall Street Journal. Recently, however, by corporate and sovereign issuers in most developing countries reduced the share of dollar-denominated loans due to the weakening of the national currency, so the process can be less painful.

Russia is looking for a positive

The head of the Ministry of economic development Alexei Ulyukayev believes that the expected fed decision to raise rates was taken into account in the price quotations for oil and therefore will not seriously affect the Russian economy and the ruble.

“Of course, the fed’s decision will affect everyone. But 80% of analysts believed that the decision to raise rates the fed will be made. I think this was large, all expected, all this was preparing, entered into forward contracts and so on – and it is already included in futures contracts on oil and other contracts,” he told journalists on Wednesday in Nairobi.

Therefore he does not see any potential for serious macroeconomic shocks for Russia and the ruble.

He explained that the impact on the budget of the Russian Federation may be only indirectly through the price of oil, which is now “several fell in the result of investments in U.S. investments become more attractive than investment in other assets, including investments in oil assets in oil futures”.

The CBRF also believes that the rate hike the fed should not have serious impact on the ruble, it will help to reduce volatility in the markets.

The positives of the fed’s decision more than potential threats, including the Russian market, believes the first Deputy Chairman of the CBR Sergey Shvetsov. He noted that the fed statement on plans to raise the benchmark interest rate by 1 percentage point next year will make the market more stable.

The fed has eliminated the uncertainty, raising the cost of lending, investors should use the benefits of the potential appreciation of exchange rates in developing countries, said well-known investor mark Mobius, considered a pioneer of investments in emerging markets, in an interview with Bloomberg TV.

“Many currencies emerging markets went into a steep dive, and now they are undervalued. For these currencies, there is a great possibility of rehabilitation,” he said.

According to Mobius, the collapse of the price of raw materials is almost completed, which should support emerging markets.

The index of emerging markets currencies, with 24 positions, fell by 156% since the beginning of 2015, it is reduced for the third year in a row. The worst result showed the Brazilian real, which lost almost a third of the cost, followed by the Colombian peso (-29%), South African Rand (-23%) and Turkish Lira (-21%).

China and Brazil are among the losers

“Careful rate hikes in the U.S. will have little impact on our portfolios, but we believe that gradual growth will lead to a period of normalization of rates and the recovery in Asia,” he wrote in the review the head of Department of stock markets of Asia BlackRock’s Andrew Swan.

However, China increased the cost of lending is unlikely to benefit. The growth rate of China’s public debt is still twice the growth of the economy, and the rise in interest rates in the US will inevitably entail a further increase in the cost of lending around the world – in fact, this trend already manifested itself in the markets. This situation with the debt, as in China, cannot be sustained, said the head of equities emerging markets at Morgan Stanley Investment Management Ruchir Charm.

Brazil raising rates, the fed threatens higher inflation, which is already more than 10.5% per annum. Add to that the ongoing political scandals and the deepening recession, it appears that Brazil can only a miracle, he says.

However, greater inflation in the US expected the heads of the fed, can talk about “the beginning of the weakening or, at least, stabilize the dollar,” according to BlackRock. This will be positive for emerging markets, given that the strengthening of the dollar led to the shrinking of liquidity and restricted the freedom of Central banks in Asia and elsewhere, Swan said.