The parties agreed on the issues of preparation and holding of the Russian-Chinese EXPO and promoting bilateral trade. Russian and Chinese ministries of Finance have signed a Memorandum of understanding and cooperation. 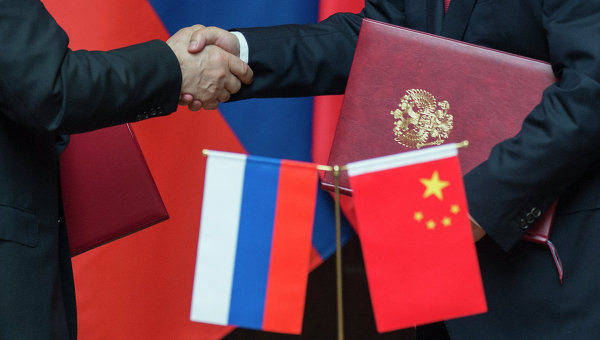 BEIJING, 17 Dec. Russian and Chinese ministries and agencies on the results of the 20th meeting of heads of governments of Russia and China signed a number of documents on mutual understanding and cooperation.

In particular, the parties agreed on the issues of preparation and holding of the Russian-Chinese EXPO. A corresponding Memorandum of understanding was signed by the Russian Ministry of industry and trade, Ministry of economic development and the Chinese Ministry of Commerce and the people’s government of Heilongjiang province.

In addition, the parties agreed to stimulate bilateral trade, and the Russian and Chinese ministries of Finance have signed a Memorandum of understanding and cooperation.

Also Russia and China on the results of the anniversary summit of heads of governments signed a Memorandum of cooperation on education and science in the field of culture and in the field of education and training, approved the annual work plan of Russian-Chinese Committee of friendship, peace and development.

On the strategic partnership agreed by the Federal Agency for CIS Affairs, compatriots living abroad and Chinese people’s Association for friendship with foreign countries.

In addition, veterinary and sanitary service of States signed the Protocol on phytosanitary requirements for wheat exported from Russia to China.

A Memorandum of understanding was signed and the Federal Agency for tourism of the Russian Federation and Union Pay International.