MOSCOW, December 17. The Rosselkhoznadzor in the framework of special regimes of inspection of plant products imported from Belarus, revealed and destroyed a large shipment of fruit and vegetables imported from that country accompanied by a forged phytosanitary certificates.

All were abolished about 130 tonnes, according to the Ministry. 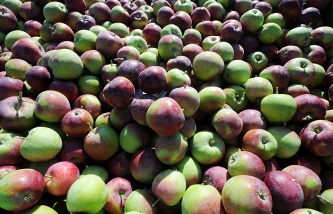 “In the period from 16 to 17 December 2015, in the Smolensk region on the decision of the owners carried out the destruction of about 130 tons of apples, persimmons and tomatoes, which arrived from Belarus accompanied by a forged phytosanitary certificates, Turkey, Mexico and Macedonia”, – stated in the message Rosselkhoznadzor. Fruits and vegetables were destroyed at the landfill of solid household waste “Kuchino”.

Inspectors from the Ministry doubted the veracity of the information specified in the certificate. “The hypothesis of fraud were confirmed”, – stated in the Rosselkhoznadzor.

As previously reported, on 7 December, the Rosselkhoznadzor has introduced a special Supervisory regime for fruit and vegetables, imported via Belarus. 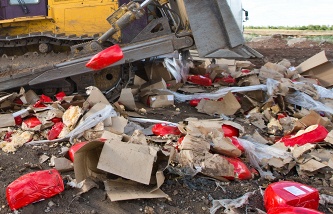 Russia for three months has destroyed more than 754 t “sanctions”, including almost 700 tonnes of fruit

As explained in Department, special treatment in respect of plant products implies a confirmation of the authenticity of phytosanitary certificates, which are issued re-export certificates Belarus. The reason for these measures was the identification and “illogical logistics way” of getting imported products to Russia, explained earlier in the Rosselkhoznadzor.

The Agency has noted cases of supplies from Belarus to Russia “uncharacteristic” for that country’s products – fruits, vegetables and berries, not peculiar to Belarus for the season or even being “exotic”. The introduction of special regimes is necessary to prevent the import into the Russian Federation through Belarus of products of unknown origin, including products, subject to food embargo against EU countries.