WASHINGTON, December 17. /Corr. Andrew Shitov/. The Board of Directors of the IMF have recognized the official status of the Russian loan Ukraine $3 billion granted in December 2013. The decision of the Council automatically came into force Wednesday night at the end of the working day in Washington, where is based the headquarters of the organization in the absence of objections. 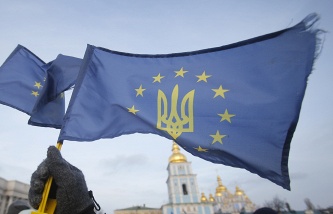 Chizhov: the EU has not explained the RF reasons for refusal to the guarantees for the repayment of a debt Ukraine

The question was submitted for consideration by the Board of Directors of the Fund at the initiative of Russia. Effect of total clarity it was considered under the simplified procedure. Objections against recognition of the sovereign loan or offers to arrange a formal debate no one has put forward.

The loan for Ukraine

In December 2013, the presidents of Russia and Ukraine Vladimir Putin and Victor Yanukovych have agreed that Moscow will give Kiev a loan of $15 billion through the placement of Ukrainian securities. Under this program, bonds for $3 billion were placed on the Irish stock exchange 20 December 2013 and bought by Russia at the expense of the national welfare Fund.

Later Ukraine tried to challenge the status of the loan, and adapt to commercial loans subject to restructuring. Russia with such an approach is not agreed, and its own proposal to restructure the loan under a secure Western guarantees were not heard. 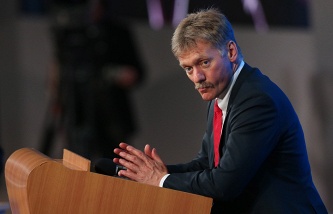 Peskov: Russia’s position on the debt of Ukraine unchanged

In November 2015, Putin announced his readiness to restructure the debt of Ukraine if the US, the EU or large international financial institution will give Russia the guarantees. However, assurances had been received.

Now Moscow warns that go to court, if Kiev does not repay the debt on time, i.e. before the end of this year.

For its part, the IMF December 8, removed the previous prohibition on loans to countries with sovereign debt overdue. Russia voted against this decision, believing it to be politicized. It basically means that the IMF can continue to implement its anti-crisis program for Ukraine, even if Ukraine delays the payments for the debts to Russia.