MOSCOW, December 17. The Central Bank intends to create a special website for consumers of financial services, which will be included in the top 10 most popular online resources in Russia, said first Deputy Chairman of Bank of Russia Sergey Shvetsov in the framework of the XI international repo-forum. 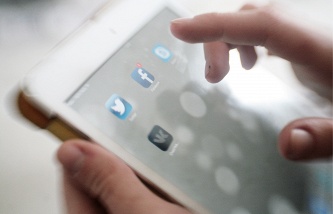 “The planned creation of an online resource Bank of Russia, which would satisfy virtually all the needs of the population in the transmission of complaints and responding to inquiries. By popularity, we believe that this web site in the next 3 years to enter the top 100 resources of the Russian Federation and in prospect may take place in the top 10,” he said.

Shvetsov said that the resource will also contain practical games that would allow citizens to improve skills, to gain knowledge and protection when problems in the financial market.

First Deputy Chairman of the CBR cited the example of Australia, where, according to him, the website of the Commission on securities has the second highest number of admissions, yielding one of the popular social networks.

Previously reported that the Bank of Russia plans to have official accounts in the two largest social networks – Facebook and Twitter. This step regulator went to make the activities of the Bank of Russia more open, understandable and transparent.