Vladimir Bessonov is accused of beating police officers. According to the deputies of the Communist party, the case against the Deputy of a political order. 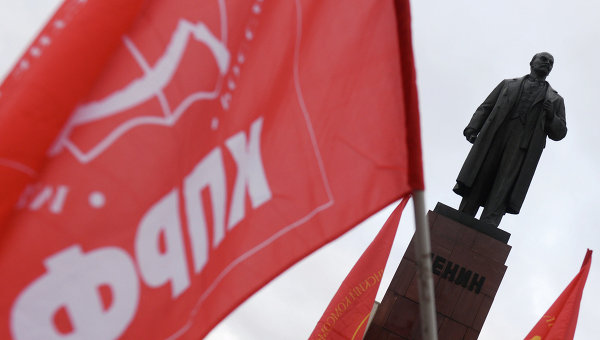 MOSCOW, 17 Dec. The Communist faction in the state Duma is preparing a collective appeal to the President of Russia Vladimir Putin in defense of the Deputy Vladimir Bessonov, who is accused of beating police officers.

Kirov district court of Rostov-on-don on 28 October Bessonova changed the measure of restraint from recognizance not to leave on detention and was declared wanted, saying that the repeated absences of the accused in the court. Bessonov himself previously stated that the decision is illegal and is an outspoken political character. According to the MP, it never was not properly notified about upcoming court sessions. Bessonova advocates appealed the decision of the court, but the court left it unchanged.

At a meeting of the Communist party faction in the state Duma on Thursday, the Deputy Boris Kashin offered to prepare a collective appeal from the faction to the President “a strong protest” regarding the prosecution of Bessonova.

“There clearly is a political order, it is impossible to remain silent,” he said. In turn, the Deputy Chairman of the CPRF Central Committee Vladimir Kashin noted that “the proposal is good, need to sell it”. According to him, on December 22 the leader of fraction Gennady Zyuganov will meet with the President, then you can convey this message.

According to first Deputy Chairman of the faction Sergei Reshulsky, this appeal should be “short, kindly”. “Tomorrow, this material should be prepared,” he said.

According to investigators, in December 2011 Bessonov in Rostov-on-don was organized not agreed with the authorities of the rally of more than 100 people, and at the request of the police to stop the action member and the other organizers refused. According to investigators, after the attempts of the police to independently disable sound equipment meeting participants, including Bessonova, gave them a fight.

Victims in the criminal case were found two police officers. The maximum punishment under article “violence application concerning the authority” to 10 years imprisonment. Bessonov himself has repeatedly denied the accusations and stated that he intends to pursue the criminal responsibility of police officers, who, in his opinion, have exceeded the powers.