MOSCOW, December 18. The so-called commodity and energy blockade of the Crimea led to the final rupture of relations of the Peninsula with Ukraine. Such opinion to journalists was expressed by the head of the Republic Sergey Aksenov after a roundtable “Crimea and challenges for Russia. Development under sanctions”, held in Moscow. 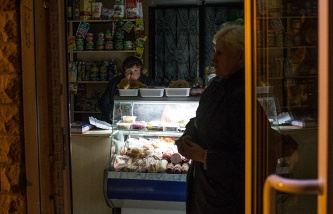 “The process, which consisted of elimination of consequences of emergency situations, the Crimeans were successful – he said. From power system of Ukraine, we almost do not depend on concrete developments carried out. The gas we have fully produced ourselves.”

Aksenov said that at present the energy bridge from the Krasnodar region on the Peninsula receives about 400 MW. In addition, 150 MW give the Crimean CHP plants produce 260 MW mobile gas turbine power plants. Also from 30 to 60 MW, depending on the weather, give solar and wind power. Schedule of supply of housing implies the provision of electricity at least 20 hours a day.

“Now our main task is to distribute this electricity between residential and businesses. We have no doubt that we will cope with it, – said Aksenov. – Crimeans Home to light and the sausage does not change. The solution is uniquely made and we do not loosen”.

Deputies of the Verkhovna Rada of Ukraine Mustafa Dzhemilev and Refat Chubarov, as well as former Deputy Prime Minister of Crimea, the owner of the TV channel ATR Lenur islyamov began the so-called food blockade of the Peninsula on September 20. Activists of the unregistered in Russia Majlis, joined by fighters of the banned in Russia “Right sector” blocked the exit of trucks loaded with goods from Ukraine in Crimea. On 16 December the government of Ukraine has legalized the commercial blockade of the Crimea.

On November 22 due to the accident at the power lines in the Kherson region were fully discontinued the supply of electricity from Ukraine in Crimea. In the Republic introduced a state of emergency associated with the deficit. To save on the Peninsula began to use rolling blackouts of consumers. Now one of four high-voltage lines coming from Ukraine, it gives the Peninsula about 150 MW.