KIEV, December 18. Ukraine and Russia are likely to decide a dispute as to the debt of Kiev in the amount of $3 billion in court, but the chances to win it for Ukraine under question. This opinion was expressed by financial analyst, managing partner of investment company Capital Times Eric Naiman. 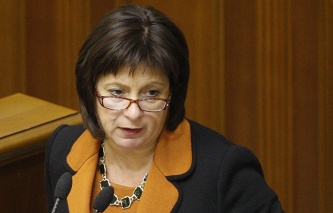 Kiev offers “honest negotiations” on the debt, because to pay it will not be able

“Yet the chances of Ukraine to win this dispute – except to delay the case as long until you have won the counter the courts in Crimea and the Donbass”, – said Nyman, referring to 3-billion debt of Ukraine to Russia.

Naiman believes that due to non-payment on time this debt Ukraine exactly expecting default. “(Eurobonds) will still be the default and the subsequent court with Russia. The debt will have to repay or after a court battle, or during a peaceful extrajudicial restructuring, but it is unclear what then will have to sacrifice Ukraine,” the expert added.

Earlier, the IMF acknowledged Ukraine’s debt to Russia in $3 billion of the sovereign. However, the Finance Ministry of Ukraine has stated that it is unable to pay according to the original terms, but is willing to negotiate with Moscow. At the same time, the Ministry said that Kiev considers the position of the IMF on Russian debt. “The government of Ukraine takes into account the position of the Executive Board of the IMF that the so-called “Russian bonds” are the official duty for the purposes of the IMF’s policy in respect of arrears to official creditors bilateral agreements”, – reported in the Ministry of Finance.

At the same time, Kiev intends to file a counter lawsuit against the Russian Federation. So, the Prime Minister of Ukraine Arseniy Yatsenyuk said that Kiev will demand Russia not less than $1 trillion for Crimea and Donbas. “We have two key case in the ECtHR (European court of human rights). These two legal cases related to the Russian annexation of Crimea and Russian intervention in Donetsk and Lugansk”, – said the Prime Minister of the country. This Yatsenyuk added that the amount of the claim can be increased. Later Vice-speaker of the Parliament of Ukraine Oksana Syroyid stated that Ukraine has no legal grounds to seek compensation from Russia for losses from the conflict in the Donbass. 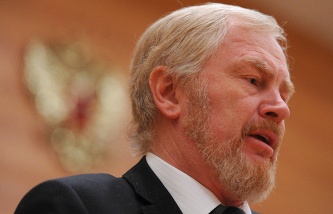 Storchak: the recognition by the IMF of Ukraine’s debt to Russia changes nothing for the Russian side

Later Ukraine tried to challenge the status of the loan, and adapt to commercial loans subject to restructuring. Russia with such an approach is not agreed.

In November 2015 the President of Russia Vladimir Putin declared about the readiness to restructure the debt of Ukraine if the US, the EU or large international financial institution will give Russia the guarantees. However, assurances had been received.