MOSCOW, December 18. The Federal Antimonopoly service (FAS) of Russia has recognized JSC “Maximalism”, which is the operator of Wi-Fi in the Moscow metro, a violator of the law on advertising. This was reported by the press service of the FAS.

In particular, one of the users informed the Agency that after you connect to a Wi-Fi network in the Moscow metro, he received SMS advertising without the consent of the appropriate newsletter.

According to the FAS, a message was sent to JSC “Maximalism”, concluding with “by Yandex” the contract on rendering of advertising services. Thus, in accordance with the terms and conditions of use Wi-Fi, the fact of connecting to the network, the user expressly expressed preliminary consent to receive advertising. 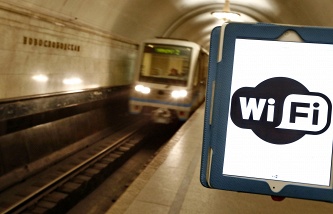 In its investigation the office found that demand cessation of the advertisement, the user can only completely abandoning the use of Wi-Fi in the subway. While continuing to use the network without SMS advertising, it is impossible. “Thus, not only the right of user to obtain advertising commuted to his duty, but also the rejection of the advertisements is associated with a complete rejection of services of JSC “Maximalism”, which, of course, violates the rights of consumers”, – commented the chief of Department of control of advertising activity and suppression of unfair competition of the Moscow OFAS of Russia Pavel Oleynik.

According to the results of the case the violator is issued a notice prohibiting the distribution of advertising in a similar way, i.e. in the absence of the explicit consent of the subscriber to receive advertising from third parties, reports the FAS.