From the point of view surveyed by the chamber of German companies operating in Russia, the economic impact of sanctions is very noticeable, but political – no, said the chamber’s President Rainer Seele. 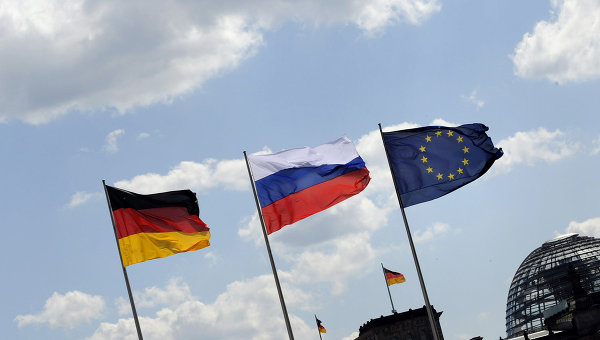 BERLIN, 18 Dec – Tatyana Firsova. Representatives of the Russian-German chamber of Commerce AHK convinced that sanctions against Russia should be revised, said President of Commerce Rainer Seele.

“We believe that sanctions should be reviewed and gradually to withdraw to the extent in which you are “Minsk” (the Minsk agreement on the settlement in Ukraine — ed.),” Seele said on Friday in Berlin. According to him, it is necessary that Russia was again defined in the EU as a “strategic partner”.

“From the very beginning we were convinced that the convergence between parties is possible only through active dialogue”, — said the representative of the chamber.

He noted that from the point of view surveyed by the chamber of German companies operating in Russia, the economic impact of sanctions is very noticeable, but political – no. As for the situation with the Ukrainian economy, according to Seele, the sanctions cannot contribute to its improvement. “I don’t think these sanctions will help to economically revitalize the Ukraine, rather the opposite,” he said.

Friday Seele presented in Berlin the results of a survey of enterprises conducted by the chamber. According to the results of this study, which was attended by 134 German companies operating in Russia, 80.6% of the German business representatives not to notice the political influence of the sanctions. “The political effect of sanctions is not noticeable, say the representatives of surveyed companies,” said Seele. According to him, only 19.4 per cent hold the opposite point of view.

Seele added that two-thirds of German businesses in Russia suffer from the restrictive measures of Russia against Turkey, so the impact of economic measures on the German company will be more.

German-Russian chamber of Commerce brings together German and Russian enterprises – only about 850 members, regional representatives of the chamber are located in different regions of Russia.