MOSCOW, December 18. /Corr. Sergey Izotov/. The Federation Council has frozen contacts with the Turkish Parliament after the incident with the downed Russian plane. About it on Friday has informed journalists the Chairman of Committee of the upper house of Parliament on international Affairs Konstantin Kosachev.

“Our contacts with colleagues in the Turkish Parliament, which until now was intensive, now frozen,” said Kosachev. 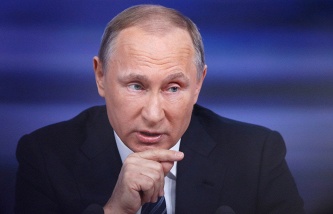 Putin about the incident with su-24: some of the Turkish leadership decided to “lick the Americans”

According to the parliamentarian, the Russian senators have approved this decision and do not see “any sense to them (contacts) to defrost as long as the Turkish parliamentarians rather thoughtlessly and categorically defend that position which was occupied by the Turkish President”. “In this case in such a dialogue makes no sense”, – he said.

The Senator confirmed that at the present time, the parliamentarians “no contact (with Turkish colleagues) no.”

Moreover, Kosachev said that doesn’t even know his new opponent, who headed the relevant Committee after the parliamentary elections in Turkey. “I “the old” know, but I am with him when he was trying to get at me, chat is gone,” – said the Senator.

Previously, the freezing of contacts with the Turkish Parliament at the senior level and announced in the state Duma. “In the foreseeable future the state Duma sees no possibility for contacts at Executive highest parliamentary level between the state Duma and Parliament of Turkey”, – said on 7 December, the head of the Duma Committee on international Affairs Alexei Pushkov.