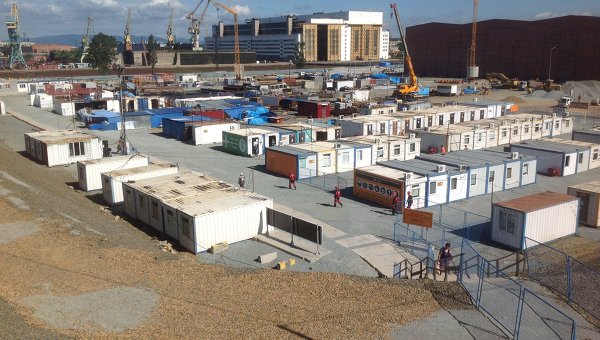 VLADIVOSTOK, 18 Dec. Prime Minister Dmitry Medvedev insisted on the construction of all three phases of the far Eastern shipyard “Zvezda” and encouraged to adhere to the accepted decisions.

“All three stages of construction this project needs to be done, because otherwise this project do not “shoot”. And if the conversation is about what we decide to do it or not do it, then you need to reconsider the concept, and this, I think it would be wrong,” said the Prime Minister during the meeting of the governmental commissions on import substitution and socio-economic development of the Far East.

“I would like you (the Ministry) together with Rosneft, along with USC once again analyze all this, of course, but to adhere to the decisions that were taken”, — said the Prime Minister.

JSC “far Eastern plant “Zvezda” is the leading company for repair of submarines of the Pacific fleet and the only one in the far East specializing in repair, re-equipment and modernization of ships and nuclear submarines.