VLADIVOSTOK, December 18. Prime Minister of Russia Dmitry Medvedev has asked not to delay the creation of the tenth of the territory of advanced development (TOR) in the far East, because on this depends the solution of many problems connected with the further development of the region and large enterprises, including the far Eastern plant “Zvezda”. 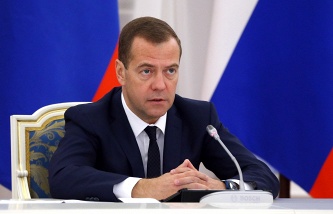 Minister for Far East development Alexander Galushka said that the tenth THOR will be generated in early 2016. “Then form. This is already the paperwork, not the most difficult”, – said Medvedev.

During the visit the head of government said that currently the factory repair ships are 4.5 thousand people, while in Soviet times, there were 12 thousand

“Where are the specialists?” asked the Prime Minister.

Governor Vladimir Miklushevsky said that many have left to work on businesses in neighboring towns. As reported by the plant management, the challenge now is to invite specialists from other regions, which is necessary to build two or three of the residential neighborhood to accommodate 7.5 thousand families. Miklushevsky assured the Prime Minister that the money for the erection of three houses available, several will be built along the lines of the seller and Fund the development of the Far East. In total it is planned to build 20 houses.

“If we don’t just build houses, not people, not people – all this beauty will not take place”, – stated the Chairman of the Cabinet, adding the leadership of the region and the far Eastern plant “Zvezda”, how well do they understand the mechanisms to address these issues.

The head of government informed that the Ministry will be allocated more than 3 billion on network upgrades and other necessary infrastructure.

In addition, during the visit of the plant “Star” Medvedev said about the need to solve the problem of summing the natural gas to the plant, since this will depend on, including, the cost of shipbuilding. The Prime Minister proposed to discuss this issue, as well as a number of other important issues at the upcoming today a joint meeting of government commissions on import substitution and on the socio-economic development of the Far East and the Baikal region. 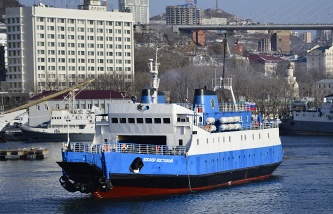 The implementation of the investment project on creation of a shipbuilding complex “Star” is conducted by a consortium of investors comprised of companies “Rosneft”, “Gazprombank” and the United shipbuilding Corporation. On the basis of existing enterprises of the far Eastern plant “Zvezda”, which belongs to the far Eastern center of shipbuilding and repair, construction of one of the most modern shipyards in Russia. According to the results of the project “Star” will produce vessels of up to 350 thousand tons, elements of offshore platforms, icebreakers, special vessels and other marine equipment.

The timing of the project – 2012-2024 years, the total budget was 145.4 billion rubles, of them today in the construction has already invested about 21 billion rubles.