In the Stone is a Large ship-building complex of JSC “far Eastern plant “Zvezda”. The Russian Prime Minister said that the document on creation of territories of priority development in the Big Stone must be submitted to the government before 1 February. 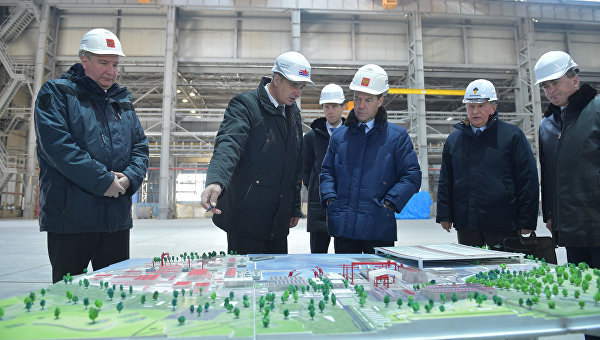 “We need to create a TORUS, that is, the territory of advanced development. Waiting for the posting of documents by the Ministry for the Far East, you need to add this document to the government, the instrument for the establishment of territories of priority development in the Big Stone up to the 1st of February,” — said Medvedev at the meeting of the commissions on import substitution and socio-economic development of the Far East.

Now in the far East established nine priority development areas. Two in the Amur region, Khabarovsk and Primorye territories, and one in Kamchatka, Chukotka and Yakutia. It is planned to allocate from the budget of the Russian Federation of 21 billion rubles. The Russian authorities expect to attract in the framework of implementation of projects in Torah more than 240 billion rubles of private funds.