In order to determine the discount for Ukraine on Russian gas for the first quarter of 2016, no need for additional meeting, said the Minister of energy of Russia Alexander Novak. “Naftogaz of Ukraine” has not yet been applied to “Gazprom” on this issue. 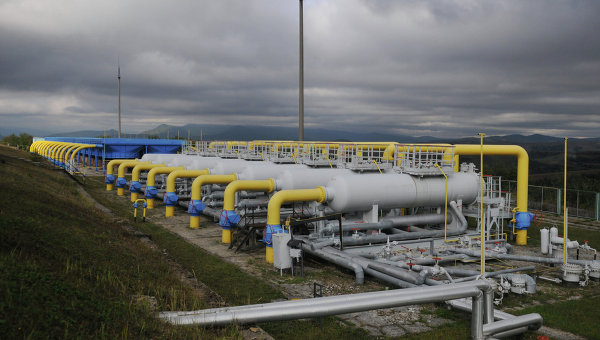 VLADIVOSTOK, 18 Dec. Question about the discount on Russian gas for the first quarter of 2016 does not require separate negotiations of Russia and Ukraine, “Naftogaz of Ukraine” has not appealed to “Gazprom” on this issue, told reporters energy Minister Alexander Novak, adding.

The head of “Naftogaz of Ukraine” Andrey Kobelev at the beginning of December stated that he hoped shortly to hold talks with Gazprom on the price of Russian gas for the first quarter of 2016.

“We don’t need to meet,” said Novak, answering the question of whether it was planned meeting with Ukraine discount on gas in the first quarter.

“If there is appropriate treatment of “Naftogaz” to “Gazprom”, it will be considered. Because “Gazprom” in accordance with the procedure then goes to the government. Until such appeals,” said Novak.

On Thursday, he said that an understanding of the amount of the contract price for gas for Ukraine in the first quarter of 2016 may receive next week.

In winter gas package, which Ukraine, Russia and the EC was initialled on 25 September, agreed to purchase by Naftogaz from Gazprom 2 billion cubic meters of gas on a credit of 500 million dollars attracted using the EC. As part of the winter package, the government has given Ukraine a discount in the fourth quarter of 2015. The discount is about $ 20 per thousand cubic meters. With the discount price for this period is 227.36 USD per thousand cubic meters.

Ukraine in the framework of the “winter package” has resumed purchases of Russian gas on 12 October, and after November 25, once again stopped. During this period, “Naftogaz” total transferred “Gazprom” of 542 million dollars in payment for gas. This amount corresponds to the volume in 2,383 billion cubic meters of gas.