The government of Ukraine introduced a moratorium on the payment of Russian debt in the amount of $ 3 billion. According to experts, the refusal of the Ukrainian authorities to pay off the debt will create serious problems with external borrowing. 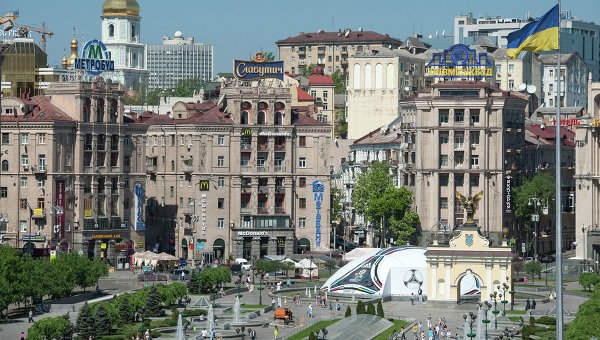 MOSCOW, 18 Dec. Kiev’s decision to impose a moratorium on the payment of Russia’s sovereign debt will negatively affect relations of Ukraine with other creditors, including potential, in the event of litigation between Russia and Ukraine the court will side with Russia, according to respondents of the Russian experts.

On Friday the country’s Prime Minister Arseniy Yatsenyuk said at a Cabinet meeting that the government of Ukraine introduced a moratorium on the payment of Russian debt in the amount of $ 3 billion, maturing December 20. According to him, the government also suspends payments on debt obligations of some state-owned companies to Russian banks, the total amount of these debts exceeds $ 500 million. The Prime Minister also stressed that Ukraine is ready “to proceeding with the Russian side”.

Meanwhile, the IMF on Wednesday officially confirmed that the debt of Ukraine to the Russian Federation is a sovereign and, therefore, by the rules of the Fund may not be restructured on the same terms as the debt to private creditors.

“If Ukraine refused to pay sovereign debt, which is guaranteed by the Ukrainian government, then private loans will be very risky, so I think that soon Ukraine will be a very serious problem with external borrowing”, — said the Deputy Director of the Institute of CIS Vladimir Zharikhin.

The expert believes that in the near future the only source of funds for Ukraine will be the IMF, which “has agreed for political reasons to continue to lend to Ukraine, despite the fact that it is, in fact, will be in default condition”. Other creditors are unlikely to want to risk money, says Zharikhin. “It’s a political – and quite controversial – the decision by the IMF absolutely does not apply to private lenders. And they, I think, will consider very seriously this situation: if Ukraine refused to pay sovereign debt, which is guaranteed by the Ukrainian government, then private loans will prove extremely risky,” he explained.

Similar opinion is shared by the Professor of the chair of political theory MGIMO(University) MFA Russia Kirill Koktysh. Answering the question about whether to be others willing to lend to Ukraine, in addition to the IMF, the political scientist said that “have not heard of such”. “George Soros has offered, but, in my opinion, a bit”, he added.

In any case, the relationship with creditors of Ukraine’s decision to enter the moratorium will reflect poorly, sure Koktysh. “It is clear that the country is unable to pay. It is clear that insolvency does not appear for political reasons, and the most that neither is economic. Of course, (it) will undermine the rhetoric, first of all, the United States that the Ukrainian economy is attractive, the growth prospects and so on,” he said.

Experts agree that in the event of litigation between Russia and Ukraine the court will take the Russian side.

“As for the future of the judicial process, the prospects for determined the decision of the IMF that have recognized this duty of the sovereign, and not private, that is, must comply with the Ukrainian state on it. Clearly, the decision of the court in this situation, the Supreme economic court of the world his decision already made,” said Zharikhin.

Koktysh, for its part, notes that, even if the court decides in favor of Russia, to accelerate the repayment of the debt it will not help. “What can result? To anything. To prolonged judicial process. The decision will be in favor of Russia, and what? These decisions are unlikely to be fulfilled. It is clear that sovereign debt will have to pay, but how and when – this is now a difficult question, no answer for him,” he says.

Assessing the prospect of returning Russian funds, Koktysh believes that “the question years”.

The analyst also noted that even in the case of a positive decision of the court of Russia it will be difficult to arrest abroad the property of Ukraine. “Because the IMF will continue to Finance Ukraine, the IMF will say that the property is needed to secure debt of Ukraine by the IMF,” he said.