The European Parliament has previously decided to send in early 2016 in Moscow the delegation for the resumption of inter-parliamentary contacts. The Deputy head of the Russian delegation in PACE Leonid Slutsky believes that to restore the links will be difficult, as not Russia was the initiator of their break. 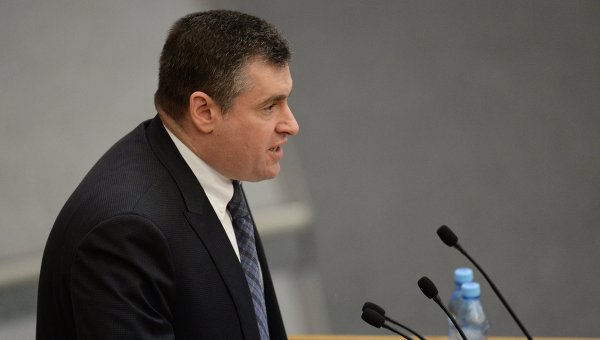 MOSCOW, 18 Dec –. Restore inter-parliamentary relations of Russia and EU will be a complex process, said the head of the Duma Committee on CIS Affairs, Deputy head of the Russian delegation in PACE Leonid Slutsky.

On Friday, a source in the faction of European socialists and Democrats in the EP told the news Agency that the European Parliament has decided to send in early 2016 in Moscow the delegation for the resumption of inter-parliamentary contacts with the state Duma of the Russian Federation. According to the source, in support of this initiative on Thursday said the Chairman of the EP Martin Schulz and the heads of political groups of the Assembly.

“We were not the initiators of the rupture of inter-parliamentary ties, and that they do not recover, it is necessary to begin them not to lose. To break just, and restore will be difficult,” — said Slutsky in response to a request to comment on the EP decision on sending delegation to Moscow.

He explained that currently the European Parliament expects a positive feedback from the European Council on the issue of lifting the sanctions, which “are contrary to the very nature of parliamentarism”.

“Then, you will have to seriously consider all such initiatives,” he said.

In response to the restrictive measures of the EU institutions, Russia has adopted a package of countermeasures, in particular, has imposed a “stop-list” of the EU officials, including several dozen members of the EP, which temporarily prohibited the entry into Russia.

At a meeting this week in Berlin, the head of the Duma Committee on international Affairs Alexei Pushkov and Vice-Chairman of the faction of socialists and Democrats in the European Parliament Knut Fleckenstein (Germany) jointly called for a mutual withdrawal of sanctions with the Russian and European parliamentarians.