Russian President Vladimir Putin was informed about the social and economic situation in the region, in particular, on agriculture, unemployment, increasing fertility and reducing mortality. 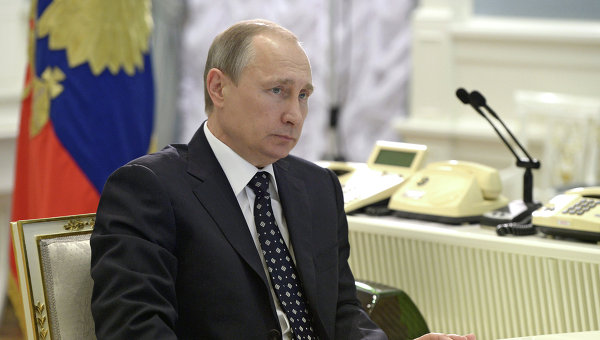 NOVO-Ogaryovo, 18 Dec. The Governor of Ivanovo region Pavel Konkov met with Russian President Vladimir Putin spoke about the socio-economic situation in the region, in particular, on agriculture, unemployment, increasing fertility and reducing mortality.

In the beginning of the meeting Putin asked the head of the region, both in the field completes a year. “As if reluctantly and gritting his teeth. The situation is certainly not easy. Yesterday completed work on the budget 2016, the Duma adopted, summing up the results of the may decrees,” said Skates.

Speaking about the implementation of the orders of the President, the Governor noted that implementing a program to eliminate queues in kindergartens, and early next year will be put about 5 thousand places in preschool institutions.

According to him, despite the difficult situation in the region managed to maintain the trend of reducing mortality. “It is gratifying that our birthrate is on the second and third children. We now seriously think about the question of how to stimulate the birth of the first child”, — said the head of the Ivanovo region.

However, in the beginning of the year complicated the unemployment situation, said Skates. “I hope it will be stabilized. In the Ivanovo area it has always been slightly higher than average, but in any case, some kind of collapse in this plan will not happen”, — said the Governor.

In the investment rating of the Russian Federation, he added, the region was ranked 36th, the government set the task to the next St. Petersburg forum to promote the region above. “Economic problems are definitely there. Given the fact that the index for the drop in production is, it is 91%, a particularly strong (it is noticeable – ed.) in mechanical engineering — the experience of the past crisis. We have light textiles, such as feeling better, adapt faster. But locally have them (problems) to solve”, — said the head of the region.

However, he noted the growing development of agriculture in the area. “We, of course, Krasnodar region, but today the best bread to eat, grown on its territory. We fully provide ourselves with poultry, egg, potatoes,” said Skates.

He also noted that the Ivanovo region due to increased tourism activity pays special attention to the security measures for new year celebrations, this work will intensify. “We are now quite seriously and paid much attention to security due to the increase of tourist activity, worked with police officers, we have a team of friendly, looked at all the crowded places, I personally held a meeting with all national diasporas and, in General, found complete understanding,” — said the head of the region.