MOSCOW, December 18. Ukraine has no chance to win court against the Russian loan of $3 billion About it has informed journalists the Deputy Minister of Finance Sergey Storchak. 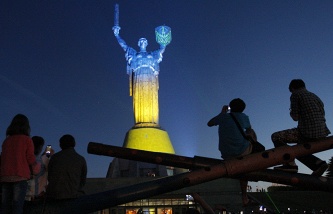 “When the fact of non-payment will be very easily installed by an English court, this means a very quick and specific procedure for the final decision. In this sense, the colleagues from Ukraine, as a potential trial participants, there is no chance to win,” – said Storchak.

“The court will look, in my opinion, very straightforward,” he added.

The Storchak says that after the verdict comes the question of execution of the judgment, but “it’s a different subject.”

According Storchak, Russia still intends to sue Ukraine on the issue of non-payment of the debt only after a 10-day period from 20 December.

“This fact does not change our tactics related to the implementation of the plan the beginning of a trial with our customer. Despite the fact that the moratorium applies to so-called events of default, but by reason of their weight or from the point of view of judicial perspectives much more important is the occurrence of the fact of non-payment”, – he said.

The Deputy Minister reminded that the fact of non-payment is recognized upon expiration of 10 days after the date of payment of the obligations on external debt, i.e. on 20 December. According Storchak, Russia’s claim to Ukraine $3 billion for the principal and $75 million in interest payments for the second half.

“This is not a surprise to us”

At the same time, the Ministry of Finance of the Russian Federation surprised by the simultaneous moratorium on Ukraine’s sovereign loan and the Sberbank loan.

“A little unexpected was that in one pile and grabbed obligations to the savings Bank, and the obligations to Russia, as a sovereign creditor,” said he.

The Finance Ministry is preparing for a long process of claiming money on the Ukrainian credit because of financial difficulties faced by Kyiv, reported the Deputy Minister of Finance.

According to him, the claims of the Russian Federation to Ukraine $3 billion for the principal and $75 million in interest payments for the second half. 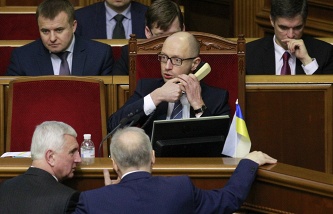 Russia will not be easy to get your credit back, since Ukraine has no assets to reimburse loss. So, for sale only fit unprotected assets to which for example does not include gold reserves. “Why has Ukraine as a sovereign state of its international assets at $3 billion – I do not know. Most likely, there is no money. The process is long. I think the process is long with claiming the money back,” he said.

Storchak has reminded that Russia has sought to offer Ukraine a restructuring, but was refused. “This specific customer (Ukraine) real financial difficulties… the proposal, which was announced by the President (Putin in Antalya) is very close to the present value, on what terms private creditors restructured the debt”, – he noted. According to him, this opinion is shared by the IMF.

Storchak said that the Finance Ministry could appeal to the international court at the Ukrainian debt from December 31.

“This is the first date, when we are still completely in the legal field, (to demand repayment of a loan). The procedure commences, apply to the competent court”, he said in reply to a question on whether the filing is made on December 31.

During the period up to 20 December and 10 days after (period to resolve the dispute out of court) the Ministry of Finance intends to finally decide on the timing of the lawsuit and forks. “I don’t want to reveal all the cards, but there are options, there are different options,” he added.