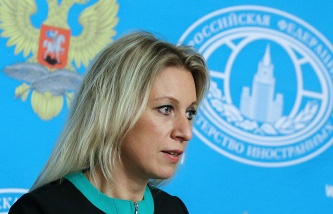 The Russian foreign Ministry: Poland has unleashed a real war against monuments to Soviet soldiers

MOSCOW, December 18. The state Duma adopted on Friday a Declaration on the inadmissibility of the desecration of the graves of Soviet soldiers in Poland and urged the Polish Sejm to put an end to the “war of monuments”. The draft document was introduced by the leaders of all parliamentary factions and lower house speaker Sergei Naryshkin.

MPs first expressed “deep indignation in connection with the desecration and destruction in the Republic of Poland of graves, tombstones, monuments, memorial structures commemorating the memory of Soviet soldiers who gave their lives for the country’s liberation from fascism”. According to the authors, “agreed official Warsaw decision on the dismantling of the memorial sites in conjunction with acts of vandalism by unidentified and, as a rule, unpunished individuals are becoming the norm relation to the places of memory and the graves of the soldiers and officers of the red Army on Polish soil”. “For our state, defeated Nazism at the cost of enormous effort and millions of human lives, such actions are absolutely unacceptable,” the statement stresses.

Only in 2015, in Poland there were almost 30 cases of desecration or destruction of the Soviet memorial sites. These cases, according to deputies, can be considered as the decision to demolish the monument to army General, twice Hero of the Soviet Union I. D. Chernyakhovskiy installed in the place of his death in the town of Pieniężno, the desecration by unknown vandals more than 50 tombstones and monuments on the graves of Soviet soldiers at the cemetery in the town of Malachite, which was buried about 1600 soldiers of the red Army who died on Polish soil, the dismantling of the monument to the Soviet soldier-liberator in Mielec at the end of November 2015. 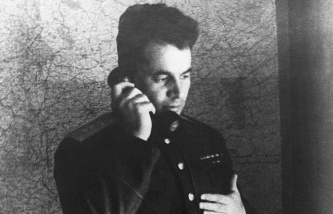 Polish authorities began the dismantling of the monument to General Chernyakhovsky

In this context, the state Duma has addressed to the Polish Sejm with an appeal “to end the war with monuments and memorial objects”. “Monuments, obelisks and graves of soldiers and officers of the red Army who gave their lives for the liberation of Poland should be under reliable protection of the state”, – assured the Russian lawmakers.

The MPs also urged the Polish side “to take measures for search and punishment of criminals, vandals, and immediate restoration of the destroyed gravestones”. According to one of initiators of the statement, the leader of the faction “Fair Russia” Sergei Mironov, “the vandalism against the graves of Soviet soldiers on Polish territory, the Polish side is not commented and it is clear that the vandals operate with the full connivance and approval of official Warsaw”. “This vandalism not only hurts the Russian-Polish relations, but also provides Pro-fascist-minded citizens with the opportunity to conduct an open propaganda of fascist ideology”, he concluded.