MOSCOW, December 19. Russia in the settlement of the Syrian crisis equally easily work with Syrian President Bashar al-Assad, and the USA. 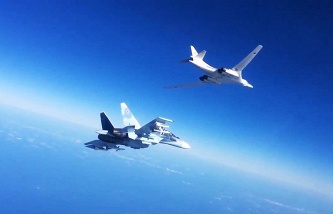 The President of the Russian Federation Vladimir Putin said an interview shown in the documentary film Vladimir Solovyov “the world Order”, an excerpt of which was broadcast on the TV channel “Russia 1”.

“In relation, say, to the Syrian crisis: it is easy for us to work with President Assad, and with the American side. I recently discussed this with President Obama, and with our friends from Saudi Arabia, other Arab countries, Putin said, is Easy why? We don’t wag their tail and position do not change”.

Explaining Russia’s position on Syria, the President added: “We asked first humans: right or wrong, agree or disagree”. “In principle, on the basic parameters of the settlement said: “Yes.” And then we have formulated our position on those components that are common and acceptable, and now we don’t need to jump from side to side “like a flea in harness,” – said Putin.

Integration with Russia to combat terrorism and to counter economic and political challenges, in the interests of Europe, Moscow is open to it, said the Russian President.

“The interests of European countries to combine efforts. And in the economy, in politics and in the fight against terror. To join efforts with Russia. We are ready for this work, we are open, lips are not going to inflate because of these sanctions. We are waiting for. We invite everyone,” – said the President.

Answering the question of Solov’ev about the hostile actions of Turkey who brought down Russian su-24, Putin reiterated that he does not want the collapse of relations with the Turkish people.

“Turkey is not Europe. It is, first. And secondly, we have, as I said in the Message and will say it again: we believe the Turkish people friendly people. And I don’t want to have curtailed relations with the Turkish people. Well, as for current leadership, nothing lasts forever,” – said Putin.