Many heads of delegation, who arrived in the capital of Kenya, in their statements have stated how important it is to decide on the future trading of the club, as with a growing number of regional agreements leading role of the WTO as a regulator of global trade beginning to go dark. 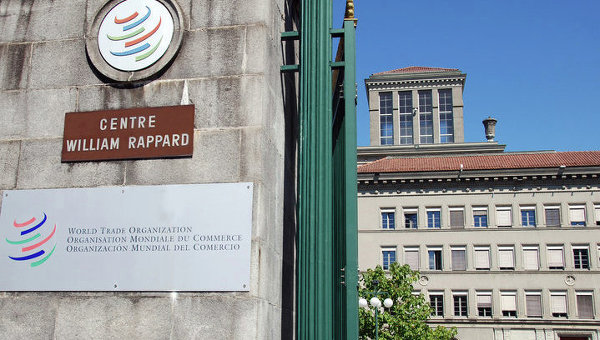 NAIROBI, 19 Dec. Countries participating in the world trade organization at the tenth Ministerial conference agreed on the prohibition of agricultural export subsidies — an item that for many years remained a stumbling block between developed and developing economies. However, another key issue of the meeting was whether to continue the Doha round or to reformat the agenda of the WTO remain unresolved, the negotiations will continue.

Conference of the WTO took place in Africa — on a continent where twenty years ago it was decided to create the organization. Therefore, many heads of delegation, who arrived in the capital of Kenya, in their statements have stated how important it is to decide on the future trading of the club, as with a growing number of regional agreements leading role of the WTO as a regulator of global trade beginning to go dark. In the end, the Ministers of 164 countries, including in Nairobi acceding to the WTO, Afghanistan and Liberia, acknowledged the leadership of the WTO.

However, under what operating principles will govern the organization until the country decided to take a time-out: the work of the conference and so for more than a day behind the planned schedule, and Monday begins the Christmas week, so the delegates didn’t want to stay in Kenya, despite had weather.

“Still was not Ministerial declarations, where some said one thing, and some another. Some say that the Doha mandate should be confirmed, others that should not be confirmed. This idea laid down as the continuing conflict”, — told reporters Director of the Department of trade negotiations Ministry of economic development Maxim Medvedkov according to the results of a formal vote of WTO members under the Declaration. In his opinion, a lively debate on this item would continue in the coming months.

Developed countries led by the US and EU are in favour of the new format of the WTO, countries with developing economies, such as India and China, for the continuation of the Doha round. This round, adopted in 2001, aims to resolve trade conflicts between countries with different levels of economic development and includes about 20 courses, the main ones are the negotiations on market access for goods and services, improvement of rules of trade and competition in the market of agricultural exports.

The final Declaration of the WTO finally put an end to the question on competition of selhozagregat. “The WTO decision on export competition in agriculture provides for a complete ban on export subsidies today,” said Medvedkov.

He noted that there are special clauses in the Declaration that relate to state trading enterprises in agriculture. The Ministers also decided that in respect of these enterprises will be fully applied to existing WTO rules. Still in relation to such enterprises under the WTO rules were not applied in full, and in agriculture were “grey areas” from the point of view of WTO rules.

The Declaration also has a section relating to the provision of international food aid, there is registered a number of disciplines, which focus on the approximation of the conditions for granting such aid to a market. “This means that aid free of charge or with significant discount, but this assistance should not interfere with local market, should not compete with this market, that is, it should not be introduced into the market to bring down prices. Of course you cannot export this assistance”, — said the representative of the Russian delegation.

A number of initiatives, such as Russia’s proposal on transparency of anti-dumping investigations, were not included in the final Declaration of the WTO. “It did not make it to the final package, because the contradictions were many, and we consciously decided not to insist in order to receive a passing package. We spring the proposal will promote through other channels, we were supported by the vast majority of countries with this proposal,” — said Medvedkov.

With regard to regional partnerships, this agreement is also extremely important. “For us it is absolutely important thing, was talking about the leadership of our country. Because we had concerns after appeared the TRANS-Pacific partnership negotiations the US and the EU (Transatlantic partnership – ed.) that appeared parallel system of agreements that will affect our interests. As a result, the Ministers of all countries, including those countries that have signed agreements and will enter into in the future, recognized that they should be subordinated to WTO rules”, — said Medvedkov.

The WTO decision is also a theme that will be taken additional measures on strengthening of system of settlement of trade disputes and that this system will be the unique mechanism in order to understand the trade conflict in world trade. “There are problems, sometimes they are related to inaccuracy of the rules, sometimes with the fact that there are not enough referees. We now have one case that is not, because there is simply no arbitrators”, — said the Director of the Department of economic development.

In addition, the Declaration stipulates that recognizes the special situation of those countries that joined the WTO after 1994. “These countries have made in gathering their accession a serious commitment, and therefore this situation should be taken into account in the negotiations that will give us the opportunity to exchange that status for some concessions from other countries”, — said Medvedkov.

Following the WTO Ministerial conference will take place only after two years, there is still a lot of debate and negotiations about the future of the organization itself and painful issues of global trade.