If every Communist will go all out during the election campaign, the party is able to receive from 10% to 12% of the vote in the upcoming 2016 elections to the state Duma, said at the plenary session the Chairman of the Communist party Maxim suraykin. 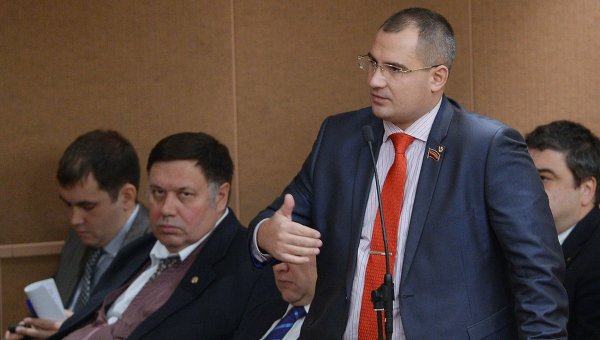 MOSCOW, 20 Dec. “Communists of Russia” plan to recruit 10% to 12% of the votes in elections to the State Duma in 2016, said Chairman of the Communist party Maxim suraykin on Sunday.

“Communists of Russia” on Sunday spend the Plenum of the Central Committee of the party on the forthcoming elections to the State Duma 2016 and the end of the year. Before the start of the plenary session of the party held a wreath-laying ceremony at the tomb of Stalin near the Kremlin wall.

“Our analysis shows that if every Communist will go all out during the election campaign, if everyone will go to the sacrifice, the party is able to receive from 10% to 12% of the vote,” — said the Chairman of the Communist party Maxim suraykin.

According to him, the election campaign of the party in the state Duma will necessarily involve discussion of foreign policy issues, the international situation of the country, external relations continue to develop.

“To achieve success in this direction, which, along with information and youth policy criticizes Secretary of the Central Committee comrade (Sergey) Malinkovich, is extremely difficult. At us just the same, pouring a stream of lies and slander, not only from the leadership of the Communist party, but also from the EIF, which was not able to realize themselves as a mass party”

“The priority for the party in the future will remain a struggle for the deepening of European integration, for the formation of a genuine Communist of the Marxist-Leninist pole parties in the post-Soviet space”, — said suraykin.