Not all generations of Germans feel disempowered for what the Nazis did, said the President of the Russian Federation Vladimir Putin in interview to Vladimir Solovyov in the documentary “the world Order” on TV channel “Russia 1”. 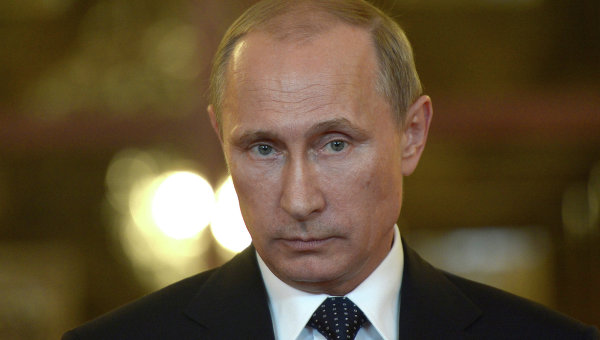 VLADIVOSTOK, 20 Dec. The balance of power in the world has changed, it should be considered, but to change the international situation in the direction of increasing stability, we cannot ignore the contemporary role of Germany in the international arena, said Russian President Vladimir Putin.

“The world is changing, of course. And the UN Charter, and world order, and the existing and active until now, it arose at the end of the Second world war, the balance of power has clearly changed, and certainly we should consider it. It’s true,” Putin said in an interview with Vladimir Solovyov in the documentary “the world Order” on TV channel “Russia 1”.

According to him, with regard to Germany, not all generations of Germans feel disempowered for what the Nazis did.

“Were the Germans who fought against Nazism, fell the first victims in the struggle against Nazism, that Christians and Communists, of all people,” added the Russian leader.

He noted that they have a right to talk about it, and not only as the President of the Russian Federation, but also as a member of the family, in which many dead and injured. He recalled that on his mother’s side and father in the family after the war had more victims than survivors.

“But in order that the present international environment has changed and changed in the direction of sustainability, one cannot ignore the role of modern Germany, which can and should play in the international arena,” Putin said in the film, one of the founders of which was said Medvedev.