A source in the Russian government reported that the head of the Crimea said that under the Federal budget for 2015 funds for the implementation of the Federal target program “Socially-economic development of the Republic of Crimea and city of Sevastopol until 2020” the Crimea “is still not transferred a single penny”. 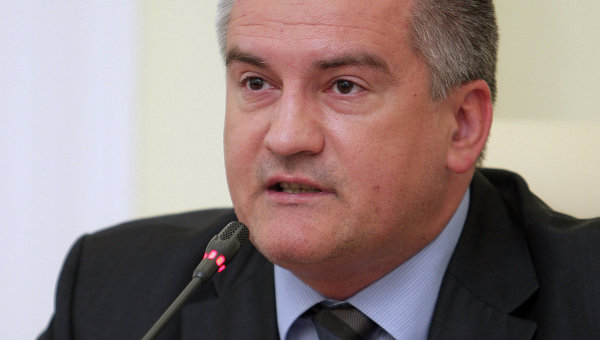 MOSCOW, 20 Dec. The statement of the head of the Republic of Crimea Sergey Aksenov about the lack of funding for the program for development of Crimea has caused the surprise of the Russian Cabinet, said a source in the Russian government.

According to a source, 18 December at a roundtable “Crimea and challenges for Russia. Development under sanctions”, the head of the Republic Sergey Aksenov said that under the Federal budget for 2015 funds for the implementation of the Federal target program “Socially-economic development of the Republic of Crimea and city of Sevastopol until 2020” the Crimea “is still not transferred a single penny”.

In this regard, Aksenov proposed to the national authorities spending authorities of the Federal budget without the coordination with Federal agencies, drawing a parallel with the same authority as the President of the Russian Federation. This statement caused surprise among the officials of the Cabinet.

As noted by a source in the government of the Russian Federation, 18 September, with the Crimea and Sevastopol have signed agreements, and Federal funds listed 2,77 billion roubles for the design and construction of 139 objects of the Program (Crimea — 1,98 billion rubles).

According to the source, now brought subsidies from the regional authorities contracts are only 308 million rubles. “Because of the impossibility of development under the Program of financing the most part planned for 2015 funds (15.7 billion rubles) on the proposal of the Crimean authorities was postponed for 2016”.

According to a source, the transfer of the funding of most of the facilities Program and later transfer of funds “associated with the ever-changing proposals by regional authorities for each integrated decoding of consolidated investment projects and the extremely low quality of the presented arguments as to the cost of construction, the deciphering of which are harmonized”. As an example, the road, the cost of which, after verification, submitted by the government of the Crimea substantiations decreased from 4.2 to 2.6 billion rubles.