The Russian retail market in the coming year will accelerate consolidation in favor of national chains and the weak consumer sentiment will force the sellers to compete for customers with promotions, says associate Director of analytical group on consumer sector Fitch Tatiana Bobrovskaya. 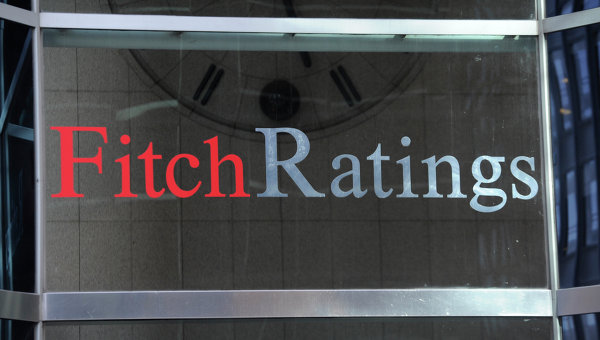 MOSCOW, 21 Dec. International rating Agency Fitch expects that the Russian retail market in the coming year will accelerate consolidation in favor of national chains and the weak consumer sentiment will force the sellers to compete for customers by using such promotions, said in an interview with associate Director of analytical group on consumer sector Fitch Tatiana Bobrovskaya.

“The main difficulty in the retail market of the Russian Federation in 2016 will remain weak consumer sentiment in the market and maintain the basic focus of consumers on price of goods. The drop in real disposable income (-5,6% in October 2015 according to Rosstat) and low consumer confidence mean that the growth of food baskets buyers will remain under pressure,” she explained.

The Agency expects that the continued shift of consumer choice in favor of cheaper goods, and the number of purchases in the basket will remain under pressure. In such an operating environment, price competition and promotional activity will remain the main method of struggle for the traffic for retailers that, ultimately, will put additional pressure on profitability in the sector continues Bobrovskaya.

Major retailers, especially those who work mainly in the economy segment, have more opportunities to meet the challenges of a difficult operating environment due to the large scale of business and greater power in negotiations with suppliers for the best prices in comparison with small networks and traditional shops, she notes.

“Against this background, we expect the accelerating trend of consolidation of retail trade market in favor of national chains,” says associate Director of Fitch.

Another risk for the retail sector, she said, is the adoption of amendments to the law on trade, which could take place in the first half of 2016 and to enter force in the second half of the year or in 2017.

In may, the state Duma adopted in the first reading amendments to the law on trade, now the document is prepared for the second reading. In particular, the deputies proposed to reduce the deferred payment set in the trading network of the goods with the applicable terms and to limit the retro-bonuses from suppliers premiums for the purchase of goods, which suppliers pay to retailers.

The Ministry of industry and trade of the Russian Federation partially supported the proposals of the deputies on the reduction of payment term of delivery of the goods in the trading network, however, advocated a complete rejection of bonuses. Subsequently, the Ministry softened its position on retro-bonuses, agreeing to their limit. In turn, the Ministry of economic development prepared a negative conclusion about the regulatory impact assessment on the new rules of trade.

“Considering changes, including lowering the maximum value of current bonuses from 10% of revenue to, in the most rigid version of, zero, reduction of deadlines of payment of accounts payable can create additional fuss in the relationship with suppliers”, said Bobrovskaya.

The Agency expects that the new regulatory constraints on working capital bonuses will simply lead to changes in contracts, where retailers will now be focused on initially obtaining lower prices from suppliers instead of controlling pricing using the mechanism of the revolving bonuses.

“In General, the effect on the industry will depend on the degree of tightening conditions for retailers and can be smoothed by the introduction of a transitional period for the entry into force of the new rules,” said the interlocutor of the Agency.

In addition, Bobrovskaya also sees risks of possible disruptions in the supply of alcoholic beverages for small networks and traditional shops due to the introduction of EGAIS in retail and distribution in 2016.

Industry representatives and trade network has repeatedly stated unwillingness to introduction of EGAIS and talked about the possibility of supply disruptions and price increases on alcohol. Rosalkogolregulirovanie has indicated that the reasons for the postponement of the implementation of the system no.

In December, Deputy Prime Minister Alexander Khloponin said that the Russian government is ready to enter the transition period of the EGAIS for three months. The Ministry of economic development said that it is necessary to discuss the advisability of postponing the introduction of EGAIS.

According to Bobrovskaya, an interruption in the supply of alcoholic beverages, which can range from 10% to 25% of the proceeds of the store, may have an adverse impact on the operations of small networks.

“At the same time, the major networks, some of which is already testing a new system in their stores and also have a high proportion of direct deliveries from the manufacturers are more willing to start EGAIS in retail and distribution”, — the expert added.