TEHRAN, December 21. Russia hopes for a speedy lifting of the international sanctions against Iran that will solve the problem with the financial transactions with this country, said Minister of industry and trade of Russia Denis Manturov. 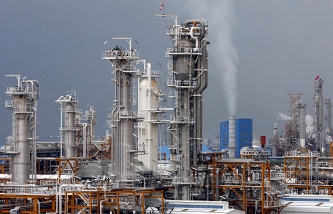 One of the most sensitive for the economy of Iran are sanctions against Iranian banks were disconnected from international payment system SWIFT.

“We are concerned that economic sanctions against Iran ultimately were withdrawn”, – said Manturov, speaking at the opening of the exhibition “Industrial dialogue Russia-Iran”, which these days takes place in the Iranian capital.

“This will significantly simplify the procedure of financial transaction, which is currently one of the main obstacles for the further development of our cooperation in a number of areas”, – said Manturov.