The Russian side is closely following the situation in the parliamentary Assembly of the Council of Europe. However, the final decision on whether the delegation from Russia to take part in PACE session in January, will be postponed to a later date. 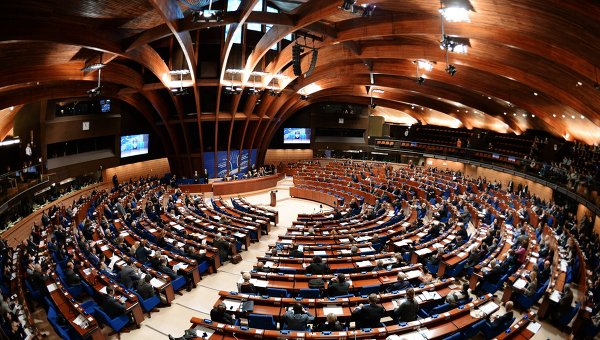 MOSCOW, 21 Dec. Group “genetic Russophobia” in the parliamentary Assembly of the Council of Europe (PACE) narrows, Russia monitors the situation in the organization and decide on his participation in the January session later, said the speaker of the state Duma Sergey Naryshkin.

“We monitor quite carefully the situation of what is happening in the parliamentary Assembly of the Council of Europe. Here, too, attitude (towards Russia — ed.) change, a group of such genetic Russophobes narrows”, — Naryshkin said to journalists.

He added that the final decision on whether the Russian delegation to participate in PACE session in January, will be postponed to a later date.

“Although of course for the part of the parliamentary Assembly decision (on the extension of economic sanctions against Russia – ed.) adopted in Brussels, the European Union is a signal,” – said the Chairman of the state Duma.

The Council of permanent representatives of the EU (Coreper) approved on Friday the extension until 31 July 2016 sectoral sanctions against the Russian Federation, expiring on 31 January 2016.

As we reported earlier, a source close to the leadership of the EU, no changes to the set of sanctions made, renewal is purely technical in nature.