TOKYO, December 21. /Corr. Alex Sarachev/. Oil prices may start to rise in late 2016 or early 2017 and by 2020 to reach the level of $80 per barrel This opinion at a press conference in Tokyo expressed on Monday the Executive Director of the International energy Agency (IEA) Fatih Birol. 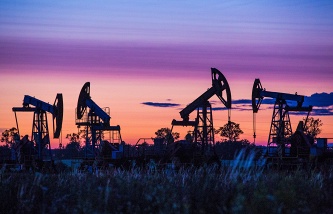 The price of Brent crude oil fell below $36,2 per barrel for the first time since July 2004

“The current level of oil prices around $40 unlikely to be the same in the long term, as some experts predict. We can see the tendency of growth in the late 2016 – early 2017, and by 2020 prices will be close to $80,” said he. In his words, “low prices have a positive impact on the consumers of energy resources, however, if this level will be maintained for a long time, it will be a negative factor for energy security in General. In particular, this concerns the fact that the production of oil outside of OPEC in the current environment is under great pressure”.

Executive Director of the International energy Agency also believes that “a persistently low oil prices will lead to a reduction of production in countries such as Brazil, Russia, the United States.” Another negative factor to the falling prices for “black gold”, in his opinion, would be “a reduction in the governments of several countries investment in renewable energy”.

Birol said that global oil prices are now influenced by two main factors: volumes of shale oil in the United States and oil production in Iraq. “Much will now depend on the future policy of the OPEC countries, what actions they will take,” says IEA Executive Director.