The EU confirmed the extension for a further six months to the ongoing economic sanctions against Russia. This decision was expected, but over the last six months, the European partners have become more realistic look at the situation in relations between Russia and Europe, analysts say. 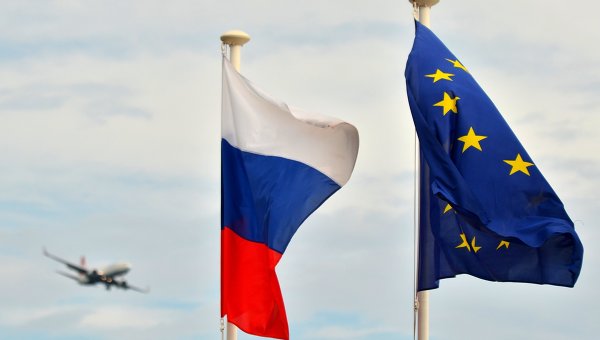 MOSCOW, 21 Dec. Despite the extension of the regime of EU sanctions against Russia, the shifts in the positions of the European partners in the last six months have become clearly visible, experts say.

Last week a source close to the leadership of the EU, said the sanctions package will not change — it is about technical prolongation of its action. He also stated that the decision should enter into force on Tuesday.

The decision to extend the sanctions for another six months was anticipated, but over the last six months, the European partners have become more realistic look at the situation in relations between Russia and Europe, says head of Department of European integration MGIMO (University) of the MFA of Russia, RIAC expert Nikolay Kaveshnikov.

“The decision to extend sanctions for six months was to be expected. I note that in the previous two years in literacy experts never have any experience that they may not be extended. In fact, now was so sure,” said Kaveshnikov.

According to him, despite the fact that the sanctions regime remains in force, the last semi-annual period was marked by a positive shift in sentiment in the EU. “It is encouraging that over the last six months among our European colleagues, fewer of those who sees the situation only in black and white. There is more and more of the nuances of growing understanding that positive development of the situation in the East of Ukraine largely depends on policy of the authorities in Kiev”, — said the expert.

Nikolay Kaveshnikov thought that by July next year, we can expect further progress in the dialogue between Russia and the EU, which may eventually lead to the lifting part of the sanctions. “With regard to the situation in June-July next year, here are possible options,” — said the expert.

“If there is a small but steady and sustainable progress in the implementation of the Minsk agreements, it is likely that some sectoral sanctions will be partially lifted,” — says Kaveshnikov.

A view from the future

Associate Professor of political science and sociology political process sociology faculty of Moscow state University Pavel Kanev noted “a significant progress in the ranks of European decision-makers” on the issue of sanctions.

“While this is all happening on the level of discussion, but such signals, of course, there are business, the main Russian partners – Italy, Austria. It seems to me that such tectonic shifts have already begun and will be continued”, — the expert believes.

In his opinion, “complete abolition (sanctions) in the near future should not expect, perhaps this for years, but a revision and some partial cancellation will probably happen.”