MOSCOW, December 21. Russian President Vladimir Putin on Monday will take part in session of Council of collective security Treaty Organization collective security (CSTO) and the meeting of the Supreme Eurasian economic Council (VAAES), which will be held in Moscow. 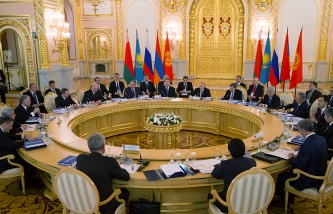 Ushakov: the leaders of the CSTO summit in Moscow will be a Declaration on combating terrorism

It is also expected that the leaders will adopt a statement on terrorism. “Taking into account the discussion leaders are scheduled to adopt the statement of heads of States-members of CSTO on fight against terrorism. This statement will reflect the common approaches of member countries to this threat,” – said Ushakov reporters.

He added that other topics of the summit will be terrorist and extremist groups, as well as the destabilization of the situation on the borders of the CSTO. It is also expected to agree on joint efforts of the States members of the Organization to the termination of the so-called “war on monuments”.

The Russian Federation will offer the EAEU coordinated action on Ukraine 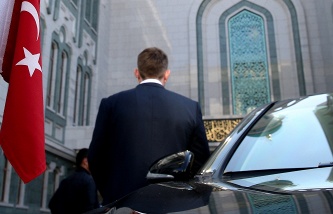 Ushakov: the subject of relations with Turkey can be raised on the summits of the EAEC and the CSTO on December 21

At the meeting, VAAES leaders will summarize the first year of work of the Union. In addition, will discuss the new composition of the Board of the Eurasian economic Commission. As her head was previously agreed former Prime Minister of Armenia Tigran Sargsyan. It is also expected that each country will join the Board will continue to provide not three but two people.

The representative of the Kremlin noted that the CSTO and WAAES will discuss relations with Ukraine and Turkey. “I do not exclude that Turkish subject, and at another meeting (at VEEES and the CSTO) to varying degrees, will be discussed, as this topic is very important. And I assume that leaders of other countries will be interested in our position, to clarify some details and suggestions to make”, he said.

Russia will raise the issue of the need to take joint action to minimize the consequences start functioning from 1 January 2016 a free trade zone between Ukraine and the European Union. Russia will also propose to discuss the problem of using “black schemes” to bypass Russia’s food embargo against the US, EU countries and other States. 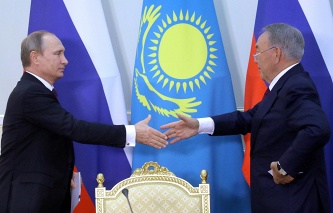 Putin will hold on the sidelines of summits, meetings with the leaders of Kazakhstan and Kyrgyzstan Nursultan Nazarbayev and Almazbek Atambayev. A Kremlin spokesman said that, as expected, in the negotiations Putin and Nazarbayev will discuss the issues of regional and international agenda, including situation in Syria and Ukraine.

The Central topic of the discussion with the Russian leader head of Kyrgyzstan will become the trade and economic cooperation in the context of the country’s accession to the Eurasian economic Union. In particular, the heads of state discussed issues of cooperation in the energy sphere, as well as certain aspects of Russian support for adaptation of Kyrgyzstan to the EEU standards.

Ushakov said that after talks with Putin, Nazarbayev will start the CSTO summit in narrow and then in an extended format, during which will be signed joint documents. Next, Putin will give a working lunch in honour of the participants of the CSTO and the EAEC. This will be followed by a meeting of VEEES – also in narrow and expanded formats that will culminate in the signing of documents.

On the outcome of both summits Vladimir Putin in the evening, will talk to journalists.