MOSCOW, December 21. The experts of the Institute of development Internet (IRI) offered to allow advertising of alcohol and prescription drugs in 2016, the Relevant proposals are formulated according to the results of the round table “Internet + Media” at the First Russian forum “the Internet Economy in 2015.” 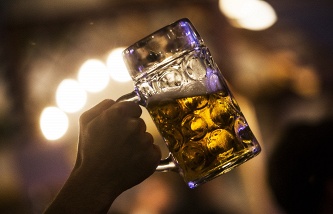 Experts suggest Iran in the first quarter of 2016 to make changes to the law on advertising, and permit alcohol advertising in the media and on the Internet with appropriate restrictions relating to minors and restrictions on the propagation time, operating from 7:00 to 23:00. While beer ads are requested to allow at any time, including during the broadcast of sporting events and after 31 December 2018

Under the proposals, should also be ban on advertising prescription drugs on television and radio. In addition, it is proposed to permit the use of television advertising images of medical and pharmaceutical workers.

It is expected that these measures will help to stimulate the production and distribution of domestic content and would also help the development of the media and telecommunications industry. Responsible for implementing the proposals will be the Federal Antimonopoly service of RF (FAS), Media-communication Union, Association of communication agencies of Russia (ACAR) and Commonwealth of manufacturers of firm trade marks the RusBrand NPO.

On the fall of the advertising market

According to the Commission of experts AKAR, the total Russian market of advertising in means of its distribution net of VAT for the first three quarters of 2015 compared to the same period of the previous year decreased by 14% to 209 billion rubles. The amount of advertising on television and radio decreased by 19% to 90,3-90,8 billion and 9.4-9.6 billion rubles, respectively. While advertising on cable and satellite channels fell by 46% to 1.51 billion.

According to a joint study RAEC and Economics, the volume of the segment of contextual advertising in Runet in 2015 will increase compared to 2014 by 14% to 79.8 brur (an increase of 23% in 2014). The growth leader in the video advertising also will slow down the growth from 30% to 17%, the volume of the segment will amount to 4.45 billion. Media advertising, in turn, will continue to decline due to industry factors by 10% to 19.8 brur. According to studies, the Russian Internet market will come to its pre-crisis levels only by the end of 2017.