A number of projects under the program of development of Crimea in 2015 has not been implemented and their timing disrupted. In this moment it is necessary not to search guilty, and to take steps to correct the situation, said the head of the Crimea Sergey Aksenov. 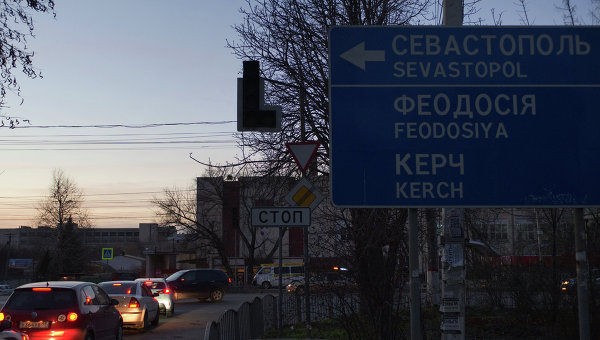 MOSCOW, 21 Dec. The authorities of Crimea and Sevastopol confirmed the delay to the timing of the implementation of the Federal target program (FTP) of development of these regions; the head of the Crimea Sergey Aksenov believes that more important than in the current situation, the question “what to do” and not “who to blame”.

According to a source in the government of the Russian Federation, September 18, Crimea and Sevastopol have signed agreements, and Federal funds listed 2,77 billion roubles for the design and construction of 139 objects (Crimea — 1,98 billion rubles). Now, according to the source, from increased subsidies by local authorities contracts are only 308 million rubles.

The question is not who is to blame

A number of projects under the program of development of Crimea this year and the timing of their implementation is frustrated, said the head of the region Sergey Aksenov. “We denote the plaintext is our problem and not idealize our officials, but in fact a number of projects are not met, missed the deadline. The question is not who is to blame, and what to do,” said Aksenov journalists.

The head of the region said that you need to think about work, not about the accusations. “If we think about how to silence the problem in order not to offend anyone responsible for implementing any program, we go to a dead end and will not solve anything”, — added Aksenov.

He noted that the Crimean authorities had not received official complaints of the government of the Russian Federation in connection with the situation around financing of the region. “From the government any official communications had been received,” he said.

Delay in implementation of the FTP admitted and in Sevastopol. “All their actions by the Governor of Sevastopol Sergey meniailo negotiates with the Federal government. The gap (the Federal program) is available, but issues are resolved in working order,” — said Vice-Governor Alexander Reshetnikov

Deputy Prime Minister Dmitry Kozak believes that the discussion on the implementation of the Federal target program of Crimea until 2020 is a normal working character. “The discussion about the implementation of the Federal target program socially-economic development of the Crimean Federal district till 2020 is, in principle, normal working character, and I don’t understand why she turned into such a big public discussion”, — said Kozak to journalists.

“Naturally, the expenditure of budgetary funds at the Federal level, at the regional level, there are contradictions between those bodies that spend money, and those who are supposed to monitor the effectiveness of spending the Federal budget. Here is exactly the situation that occurs in many other regions and even between the Federal bodies of Executive power”, — he added.

Commented on the situation and the President’s press Secretary Dmitry Peskov. “In any case, the current problems in the daily work between the regional authorities and the Federal government to erect in a rank of some crises, it would be incorrect. Much better to focus on resolving these problems and on coherent explanation of their position in working order,” he said, answering the question, how do you assess the Kremlin Crimean authorities and the implementation of the Federal target program on development of the Crimean Peninsula.

According to him, the Crimea, as one of the largest regions in many ways, has yet to catch up to the national average, and because of this, often arise various problematic situations.