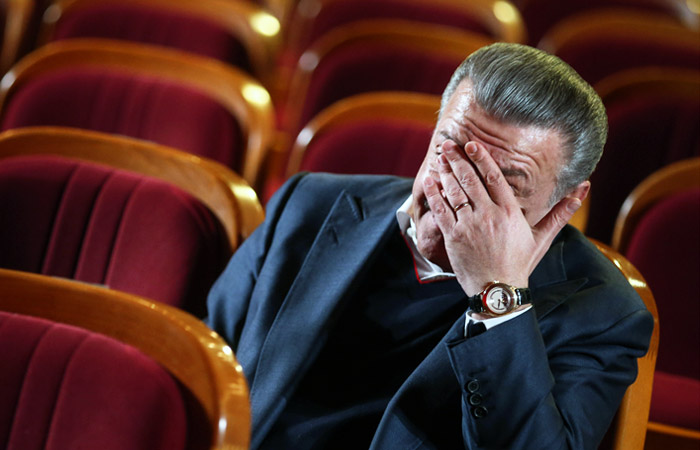 Moscow. December 21. The arbitration court of the Moscow region on Monday declared bankrupt former owner of the Cherkizovsky market, the founder of the group “AST” Telman Ismailov, according to the information on the website of the court. Concerning the debtor openly competitive manufacture.

The decision was taken considering the application of a creditor of Boris Zubkov, admitted November 23.

Meanwhile, on 19 November, the court received the statement of Ismailov about declaring bankruptcy. The court left him without movement until 26 December due to incorrect completion.

On 15 December the court received the statement of the Bank of Moscow on establishing the amount of claims to Ismailov. Earlier, the Bank of Moscow filed for bankruptcy, ex-owner of Cherkizovsky market in Moscow Arbitration court. The court on 30 November adjourned the meeting to December 21, due to the fact that at the request of the Bank decided to send requests to the FMS of Moscow and Moscow region has been changed to clarify residency Ismailov.

According to the newspaper “Kommersant”, from September 2012 to February 2014, the Bank of Moscow has provided three loans totaling more than $230 million company “ruslayn 2000” and Dutch Finance B. V. Tropicano Both had a direct connection to a group of companies AST, and its beneficiary Ismailov gave personal surety for a refund within contractual terms.

On loans to the Bank as interest, and the principal debt is fully paid, were not. As a result, as of 1 October this year, total debt Ismailov as the guarantor amounted to with all the penalties and overdue interest of about $286 million.

As Ismailov for a long time fails to perform a monetary obligation, the lawyers of the Bank of Moscow has concluded that it is insolvent, asking the arbitration recognize the former owner of the Cherkizovsky market and untenable “to impose the procedure of restructuring of debts of a citizen,” wrote “Kommersant”.

Meanwhile, the Moscow arbitration court on 6 October secured the suit of the Bank of Moscow on collecting from Ismailov owned by OOO “KBF AST” as surety $213,3 million In November, the Bank of Moscow filed for bankruptcy this company.

In the group of “Praga-AST” based Ismailov and engaged in the restaurant business, is the Moscow restaurant “Prague”. The AST group also owns 100% of LLC “Business-club “Tropicana” (runs on Malaya Gruzinskaya street in the business center measuring 15 thous. sq. m.) and open company “ruslayn 2000” (leases 1.2 ha within the borders Izmailovo Park).